With the Android 11 upgrade for the Galaxy S20 on the horizon, we happily continue to take a closer look at One UI 3. Today we take a look at the updated Device Maintenance. Especially the management of Battery and Storage was tinkered by Samsung. 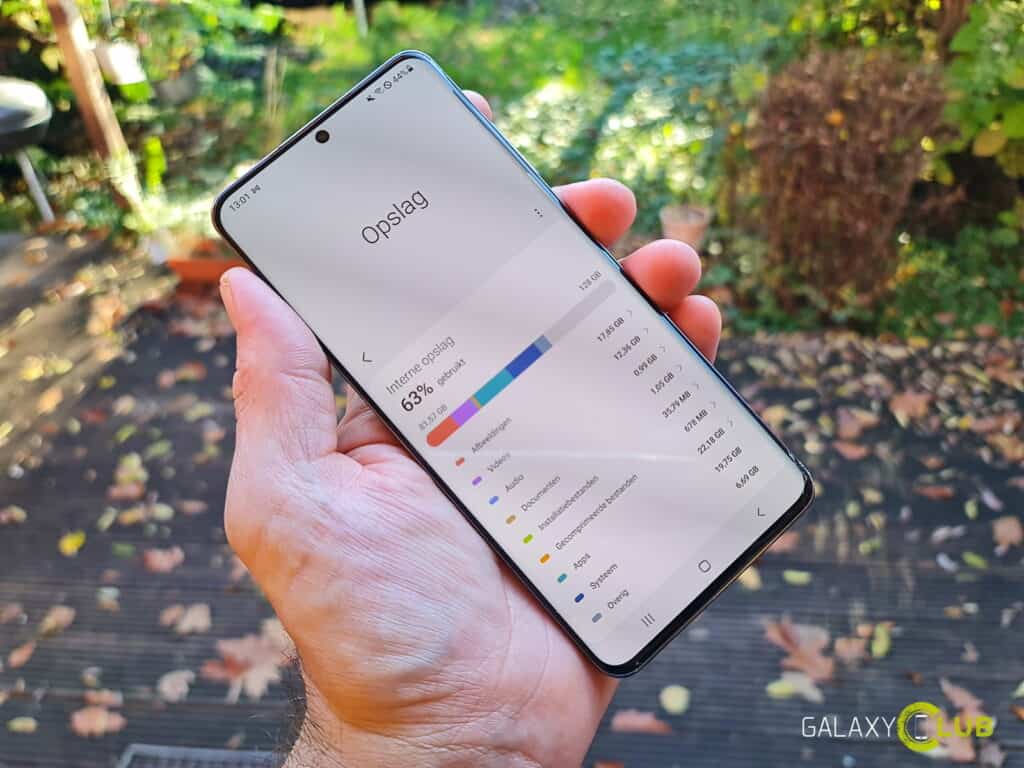 Last week, we showed you the new Power Saving feature in One UI 3. Somewhat related to that is the Battery section that has been found in Device Care for many years. And guess what? This has also been updated in Android 11, although the changes are not equally significant for all components.

The main Device Care screen – found in Settings under the name Battery and Device Care – is largely unchanged. At the top right you will now find the "bar graph" icon to view the new Maintenance Report. There you can see at a glance what are the apps that caused problems recently – and what these problems are (ex: App crashed)

Restarting History can also be interesting. You can see not only when your phone was last restarted, but also what the cause was.

Back in the Device maintenance screen you can go to Battery. In contrast to One UI 2.5 and earlier, in One UI 3 the consumption is directly displayed graphically. You no longer have to go to the extra option Battery usage. You can also directly activate the new Energy Saving Mode mentioned above.

The second option in Device Maintenance is Storage. In One UI 3 you get a much more detailed view of which files take up the storage capacity. What is new is that Installation files, Compressed files, and System can also be seen immediately. Previously, for example, you could not view Installation files via Device maintenance, but only via the separate My files app.

You can also access a breakdown by app type at the top right via Advanced. Then you also see, for example, storage used by Games, the Safe Folder, or Movie and TV apps.

A curious detail also emerges here. If you tap the back arrow in the Storage screen, you will automatically return to My files, and not back to Device maintenance.

The last two options in Device Maintenance have not changed. Visually and functionally, Memory and Security are identical to previous versions of the One UI interface. We also don't think things will change here until the rollout of the official Android 11 upgrade.

More Android 11 on your Galaxy?

It is only a matter of weeks before Samsung officially rolls out the Android 11 upgrade to the Galaxy S20 series. The Galaxy Note 20 will also follow in December – and more models in the weeks that follow. The renewed Device Maintenance will end up in this form on all Samsung phones that get Android 11 – not just the S20.

Do you want to know more about the upcoming update? Check out our preview of Android 11 on the Galaxy S20, or the other articles about the innovations in One UI 3.

We are choosing the best wireless headphones for this Christmas