Dutch Samsung Galaxy S10 series gets an update from January

With Android 12 behind it, Samsung's Galaxy S10 series will immediately continue with the January update. In addition to security, the stability of the software is also improved. Less than two weeks ago, Android 12 and One UI 4 landed on the Galaxy S10, S10e, and S10+. That upgrade was significant, but it didn't include the first security patch of 2022. So that was yet to come – and it's happening today, in the form of a nearly 170MB update. At least, on the first Dutch aircraft.

The Galaxy S10, S10e, and S10+ receive firmware version G97*FXXUEGVA4. First of all, this update installs the January patch, which includes fixes for a number of security vulnerabilities in One UI 4, including issues in Knox and the Phone app.

In addition, the changelog mentions that the 'overall stability of your device has been improved'. That probably refers to some bug fix that came with the big Android 12 upgrade. In addition, we get to see a list of all the apps that will be updated by today's update – a new feature in Android 12 and One UI 4. 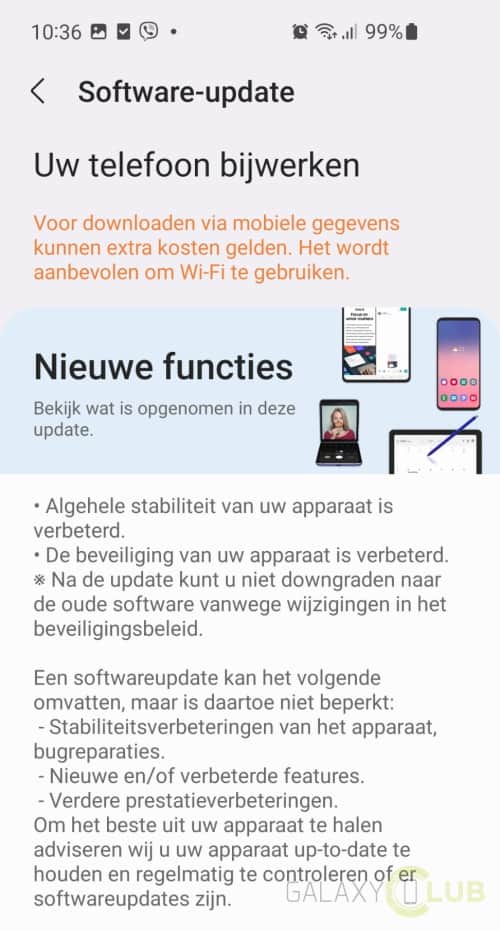 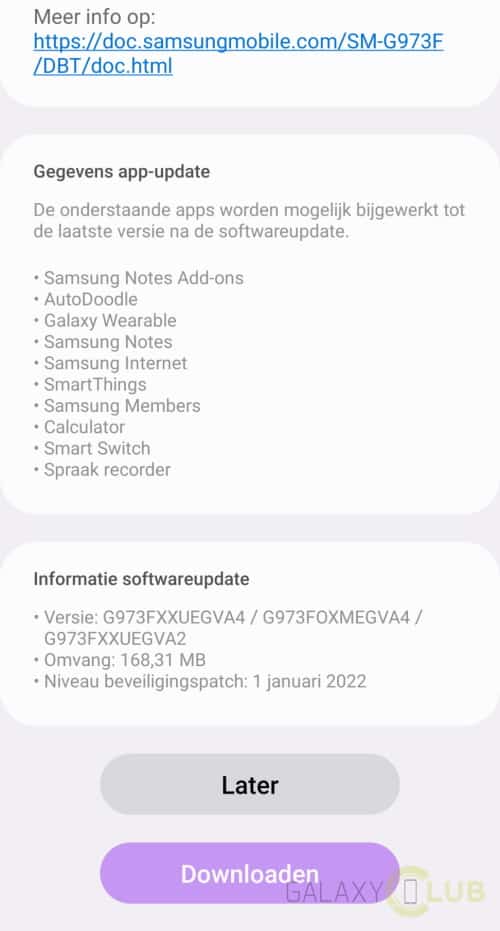 The new update is now available for the unbranded Galaxy S10, S10e, and S10+ in the Netherlands. If you have a Belgian device, you have to wait a little longer. And if you bought your branded device directly from Vodafone or T-Mobile, you are even waiting for the Android 12 upgrade. You may get it at the same time as the January patch – but we don't dare to predict that anytime soon.

As usual, the case is also slightly different if you have the Galaxy S10 Lite. This device received the upgrade to Android 12 earlier this week, and will receive the January patch at a later time.

Have you already received the January update on your Galaxy S10?

How to convert DVD to MP4 format on Mac? MacX DVD Ripper Pro will help you [nyní se slevou]