Under the name "FragAttacks" (this stands for fragmentation and aggregation attacks), security researchers have published findings on numerous WLAN vulnerabilities that can affect WLAN routers and the devices connected to them such as smartphones, consoles and, in general, computers. According to the current situation, it can be assumed that some of the security gaps are due to the design of the WiFi standard and can therefore be exploited by all manufacturers. An attacker who is within radio range of a victim can abuse these vulnerabilities to steal user information or attack devices.

The problem here is that some things can certainly be fixed by large manufacturers, but millions of old devices are likely to be left out. The encryption technology used is irrelevant for attacks. Manufacturers informed in advance by the discoverers have been given the opportunity in recent months to check the situation and provide patches. 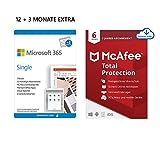 The good for the bad: It is currently assumed that the gaps can only be exploited with direct local access. Under certain circumstances, the vulnerability of WLAN devices can be checked with an open source tool.

"Three of the vulnerabilities discovered are design errors in the WiFi standard and therefore affect most devices," says Mathy Vanhoef, the Belgian security researcher who found the Frag attacks. The rest are security vulnerabilities "caused by widespread programming errors in the implementation of the WiFi standard in WiFi products," Vanhoef continued.

He reported his findings to the WiFi Alliance. For the past nine months, these have worked to revise their standard and guidelines, and work with device manufacturers to release firmware patches. A FAQ is also available.

And what does AVM say about it, as a very popular manufacturer of WLAN routers and repeaters in Germany?

Unauthorized use of FragAttacks is not known and could only take place in the immediate vicinity of the WLAN. The security of services such as mail or apps that use TLS encryption or of Internet connections via HTTPS sites is not affected by the vulnerability. According to the current state of knowledge, practical effects of FragAttacks are unlikely.

AVM started distributing security updates against FragAttacks last week. An update is available for the widespread FRITZ! Box 7590; there are public beta versions for other products. Further updates for current products will follow soon, according to the Berlin company. So it seems to be about FRITZ! OS 7.27, since the box in question is currently being supplied. 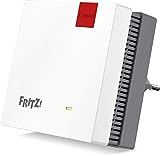 Xiaomi has introduced a cheap gadget to fight insects