Several weeks ago, I got my first WiFi6+ router Huawei AX3 Pro. It is really worth its price. And I did a speed test of it and got some interesting results. By chance, I got the Xiaomi AX1800 router on the day of the release on May 13. In the last article, I found that there is barely any difference between Wi-Fi 6 and Wi-Fi 6+. So I want to confirm through this article, Huawei AX3 Pro VS Xiaomi AX1800, who is the better WiFi6 router.

Huawei’s wireless chip supports 160MHz bandwidth. And it is also a new product in 2020. However, Xiaomi’s signal amplifier from Qorvo is more reliable. So it is not easy to say which one wins the other on specs. As for CPU performance, in fact, there no such difference between them because internet providers have done the most encoding work.

Besides, both routers have 256MB RAM. Huawei AX3 Pro’s ROM is 256MB, but Xiaomi is 128MB. However for routers without a USB interface, 256MB and 128MB ROM do not make any difference.

So, only on specifications, it is really hard for me to judge which one wins.

Huawei AX3 Pro and Xiaomi AX1800 have completely different designs. The appearance of Huawei AX3 Pro is a traditional flat body plus an antenna coming out of the edge. While Xiaomi AX1800 hides the antenna in the body In the middle. Obviously Xiaomi’s design is more avant-garde and more costly (after all, the surface area is relatively large). The advantage of AX3 Pro is that after connecting to the Internet cable, Huawei’s grounded network port is easier to hide.

Xiaomi’s two indicators are hidden in the cracks, which are relatively low-key. The two indicators correspond to the router status and network status. Huawei provides an indicator to identify the problem with the router or the network with three colors. Huawei AX3 Pro has 4 Wan/Lan network ports, while AX1800 provides 1 Wan port + 3 Lan ports. Both network ports are Gigabit, but Huawei does not distinguish Wan/Lan. So Huawei wins regarding the ports.

The adapter of Xiaomi AX1800 is 12V 1A, which is much smaller than Huawei’s 12V 2A. Can it hold the Xiaomi router AX1800 equipped with a dual signal amplifier? I will give you the answer at the end. You should note that the adapter plug of AX1800 is not the traditional 5.52.5mm, but is similar to 4.01.7mm. The adapter of the ordinary router cannot be plugged in.

Xiaomi’s MIUI has been leading the mobile phone OS in terms of functionality. But in the round of router firmware functions, the winner is Huawei AX3 Pro. Although Xiaomi has been doing routers for many years, the firmware is still a little creepy.

The following is the main interface of Huawei’s mobile phone app. The settings are relatively comprehensive. It also has functions such as children’s Internet access restrictions, mobile game acceleration, and separate channels for IoT devices.

Both Huawei AX3 Pro and Xiaomi AX1800 have a win or lose. When there is a wall, the speed of 650Mbps is only 500Mbps, so for users with 500Mbps or more, AC+AP is the best home network solution.

The 5GHz rates at spot B (without obstruction at a distance of 1 meter) surprised me. Both WiFi5 with a theoretical rate of 866Mbps and WiFi6 with a 1200Mbps speed can reach 630Mbps. And 630Mbps for Redmi K30 and Xiaomi AX1800 is simply outrageous. It seems that the mysterious power bonus of the same brand/same platform in the router world is really amazing. It is abbreviated that 802.11ac is optimized into 802.11ax.

In the 2.4GHz network speed test, Redmi K30 failed to create a miracle. And both routers failed in the test, but the performance of the two Qualcomm platform mobile phones on the Xiaomi router is obviously better than the Huawei AX3 Pro. At a distance of 1 meter, it doesn’t matter what the signal transmission is. It’s more about the smooth communication between the router and the phone.

In the farthest 2.4GHz network speed test, Redmi K30 failed, but the Xiaomi router is still winning. It seems that the signal amplifier of Redmi AX1800 is really good.

It is true that Huawei AX3 Pro is better than Xiaomi in terms of firmware function, adapter configuration, and network port deployment. But the most important is the signal strength when in actual experience, Xiaomi AX1800 wins the game. Expecially if you are using Xiaomi/Redmi phones, Xiaomi AX1800 will definitely your choice. But if you are using Huawei phones, I will recommend Huawei AX3 Pro, for the bettery compatibility.

Where to buy Xiaomi AX1800 and Huawei AX3 Pro 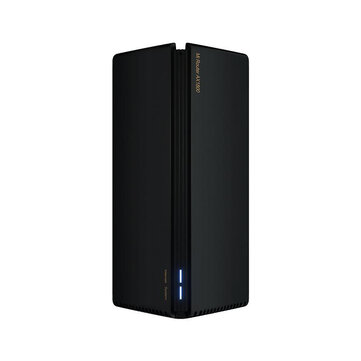 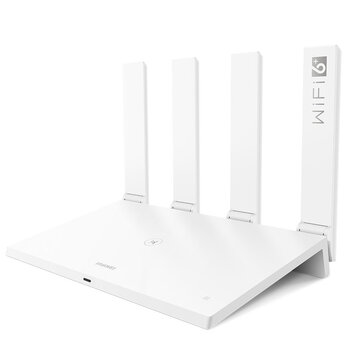