Avast has an eventful history. The company was founded in 1988 as Alwil Software and was also popular at the turn of the millennium due to one fact: it offered free antivirus software. The engine was licensed and partners were won. They also bought the competitor AVG and grabbed Piriform, known for years for a popular clean-up software for Windows – the CCleaner. Also belonging to the group: HideMyAss, the web proxy.

Now there is a merger with NortonLifeLock. They want to grab Avast for 8 billion US dollars – by taking over the shares. You have to look into the history of the company (who bought Avira at the end of 2020): In 1982 the whole thing was founded as Symantec (you know numerous products such as Norton Ghost, AntiVirus and Co.), then there was a takeover of, among other things VERITAS Software, a joint venture with Huawei, and then in 2019 the sales campaign in which large parts of the company, including the brand name Symantec, were sold to Broadcom for 10.7 billion US dollars. Private customers remained with the Symantec Corporation, which formed NortonLifeLock Inc. from Norton and LifeLock. 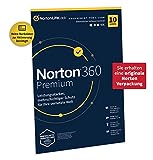 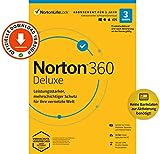 The boards of directors of NortonLifeLock and Avast say that the combination has strong strategic and financial rationale and represents an attractive opportunity to create a new, industry-leading consumer cybersecurity company that leverages the established brands, technologies and innovations of both groups uses to provide significant benefits to consumers, shareholders and other stakeholders.

ICloud for Windows has been greatly improved