It wasn't long ago that the Reolink company presented its Reolink Duo camera solution. We have already presented and tested cameras from Reolink, both for indoor and outdoor use, here in the blog, which is why I will no longer go into the full scope of the app. One thing is certain: In my opinion, the Reolink app is one of the better apps in this segment, which is not only due to the good localization, but also to the range of functions. In addition, the setup at Reolink is uncomplicated in most cases: Create a Reolink account – switch on the camera – scan the QR code – register WLAN – done. With the Reolink Duo, which I had before me for my test, it didn't work so well. If you follow the instructions, the camera only needs to be connected to the power supply and can be set up directly using a QR code. That didn't work in my case. The camera made a regular click and the facility reported that the camera was already registered. Only when I clamped the supplied network cable into my Google WiFi spot and connected it to the camera did the setup work smoothly and the home WiFi could be learned.

This may be due to my test version of the device or maybe an early bug and therefore does not have to occur with you. Nevertheless, I wanted to give you the tip at this point: If your Duo cannot be connected wirelessly to the app, simply connect a network cable to the camera and your router and try again. There is still time for Reolink to make improvements until the release towards the end of November.

The Reolink Duo – in my case the wired Wi-Fi version – comes in a total of 4 versions for every area of ​​application. Among other things, it is still purely battery-operated, as a PoE version and as a 4G version that can be attached independently of the home network. The design of the camera is somewhat reminiscent of “Number 5 is alive” and other robots, which is not least due to the two antennas that are mounted like ears on the left and right of the camera.

The prices of the individual versions are quite different

So you can see that the Duo should not only deliver a resolution of up to 4 MP, but that thanks to the IR night vision and headlight function, it should provide enough illumination at night to have a full view of the 150 degree wide-angle field of view. With the IP66 certification, the company promises that neither wind nor rain and snow can harm the device. The Duo relies on two lenses that work independently of one another and that are interconnected for a wide-angle image. In the front of the camera, next to the two lenses, there are 3 infrared LEDs, 4 spotlight LEDs per lens, a microphone and a daylight sensor. Under the camera you will find the well-screwed slot for the microSD card (up to 128 GB) and the reset button. At the rear end is the large loudspeaker for two-way communication. The whole device is of high quality. I only had to carefully tighten the two antennas with a cloth and flat-nose pliers, as both loosened when touched lightly. If you want to mount the camera under a canopy or the like, there is another thread for the bracket on the top of the camera so that it can be anchored from above.

The camera image of the two individual lenses is indeed high-resolution both during the day and at night, so that during the day faces can be recognized at a distance of 15 to 25 meters. That no longer works at night. The manufacturer's specification of a visibility of up to 30 meters at night is therefore only roughly applicable. The nocturnal recognition of faces unfortunately does not work with switched on spotlights, which otherwise seem really bright with their 6,500K / 560 lumens.

The software automatically switches between day and night mode, you can configure everything and the spotlights in the app. There you set whether you want to have the image of both lenses displayed side by side in the app. In this view, it is noticeable that there are different image qualities between the two lenses despite the same settings, as you can also see from the screens. Unfortunately, I couldn't change any of the settings, but this has little disadvantage in terms of the overall picture. Rather, the small offset between the left and right image bothers me in the view, caused by the middle part between the two lenses, in which the daylight sensor and microphone are installed. Image greatly enlarged, the offset between the two lenses is easy to see

It also bothers me that both lenses make their own backups for each shot. So if you ever record someone rummaging through your atrium, you have to watch two videos, one from the left and one from the right lens. Unfortunately, there is no option in the app that would allow a wide-angle shot to be secured. This may be high-level complaint, but in my opinion it is an option that could have been added. In the following videos you can also see that the automatically switching spotlights take a long time to activate, although the movement in front of the sensor was detected early:

Owl crawls through the garden:

The loudspeaker of the Reolink Duo and its microphone allow clear two-way communication, a little depending on the weather. In the test, the wind whistled properly past the camera, which only caused a loud noise on my side in the app. I could no longer understand what my wife was saying. Due to the good loudspeaker, however, she had no problem understanding me despite the wind.

In the Reolink app, you can make quality adjustments to the image, activate the alarm, which, if you wish, can also send notifications via the app to your smartphone and download or share the recordings from your camera. If you don't necessarily want to rely on an NVR system for permanent backup of the recordings, you can connect an FTP server to the app. Otherwise, the (not supplied) microSD inside records for you around the clock and at the end overwrites the oldest recordings with the new ones.

One test shot a day, left and right lens:

Reolink offers person and car recognition that can be activated without any additional subscription fees. You will then receive a message from your system when your camera has detected a person or a car in the yard or wherever. This worked out differently with cars in the test, depending on their speed (we actually (!) Live in a traffic-calmed zone). The duo reacted reliably to people. I've seen that much worse. In the end, the Reolink Duo provides a good outdoor camera (optionally also indoor), which thanks to two lenses is able to monitor a large area and can optionally switch on a bright spotlight when moving at night. This gives you the opportunity to take colored recordings at night. With a few exceptions, two-way communication works very well. The camera image is also very good. At night, despite the light being switched on, there is no more than 10 meters of resolution with sufficient resolution for personal identification.

Due to its dimensions, the Duo certainly does not fit into every environment, but it can be mounted quite flexibly. In addition, you have the choice of 4 different models before buying and thus, depending on the equipment, you can even operate the camera with the Reolink solar panel. 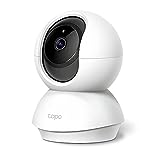 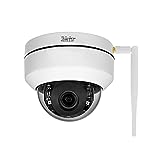 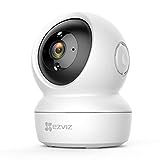 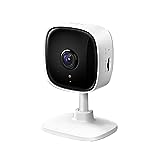 Sonos Arc vs. Sonos Beam 2 - which Sonos soundbar to use?