Qualcomm and Google, up to 4 years of updates

Today, Pixel phones and the best Samsung, Xiaomi or OnePlus devices are guaranteed to receive three years of major software updates. By working with Qualcomm, Google now makes it possible for Android devices to get 4 versions of the operating system and several years of security updates.

In 2017, Google redesigned Android to be more modular, making updates easier and faster to implement. With Project Treble, OEMs can simply upgrade the operating system framework without having to modify the vendor implementation (device-specific low-level software).

While beneficial for device makers, this approach "introduces additional complexity" for chip makers:

For each SoC model, SoC manufacturers now needed to create multiple combinations of vendor deployments to support OEMs who would use that chipset to launch new devices and implement OS updates on previously released devices.

The result is that three years after a chipset was released, the SoC vendor would have to support up to 6 combinations of OS framework software and vendor implementations.

Google's new solution makes it possible for chipmakers to "support Android with the same vendor implementations in their SoCs for device launches and updates." This reduces the effort required to bring the latest version of Android to older chips. 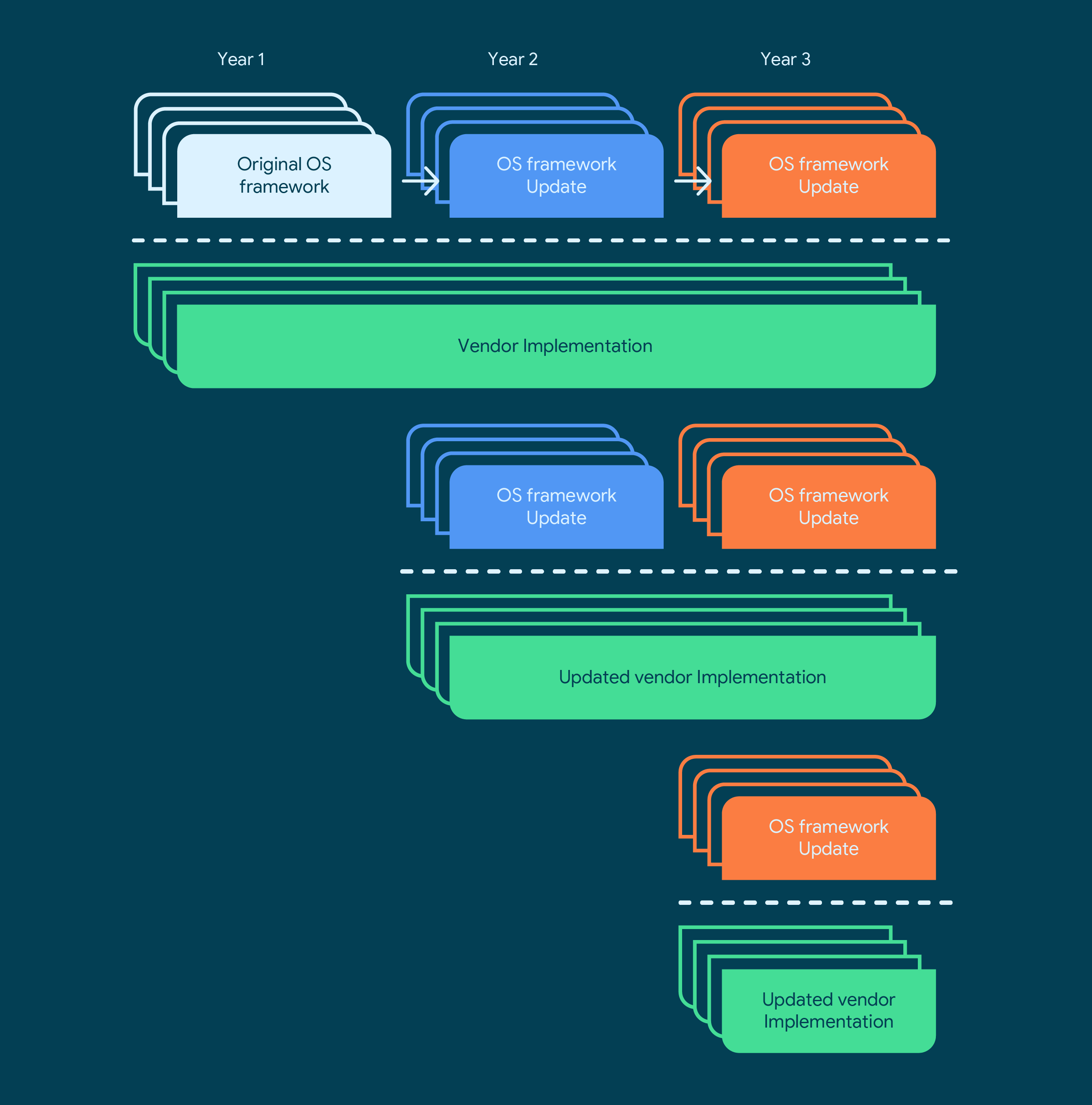 Over the past year, Google worked with the leading Android chipmaker to make “all new Qualcomm mobile platforms that take advantage of the non-retroactivity principle for SoCs to support 4 versions of the Android operating system and 4 years of security updates. “This extended support begins with the Snapdragon 888, which will power next year's flagships, including the Xiaomi Mi 11.

To clarify, this includes the original version of Android that a device was released with and three subsequent major updates for a total of four releases. There will be an additional year of security updates in the latest supported major release. For example: if Google's second-generation 2017 Pixel phones were included in this new scheme, you'd get another year of Android 11 security patches (but not Android 12).

All Qualcomm customers will be able to take advantage of this stability to further reduce the costs of updates and releases and can now support their devices for longer periods of time.

This dramatically reduces the number of OS framework and vendor deployment combinations that Qualcomm has to support on its mobile platforms and results in lower engineering, development and deployment costs.

This change applies to all SoCs that start with Android 11 and later. At this time, no device manufacturer has committed to this expanded support. 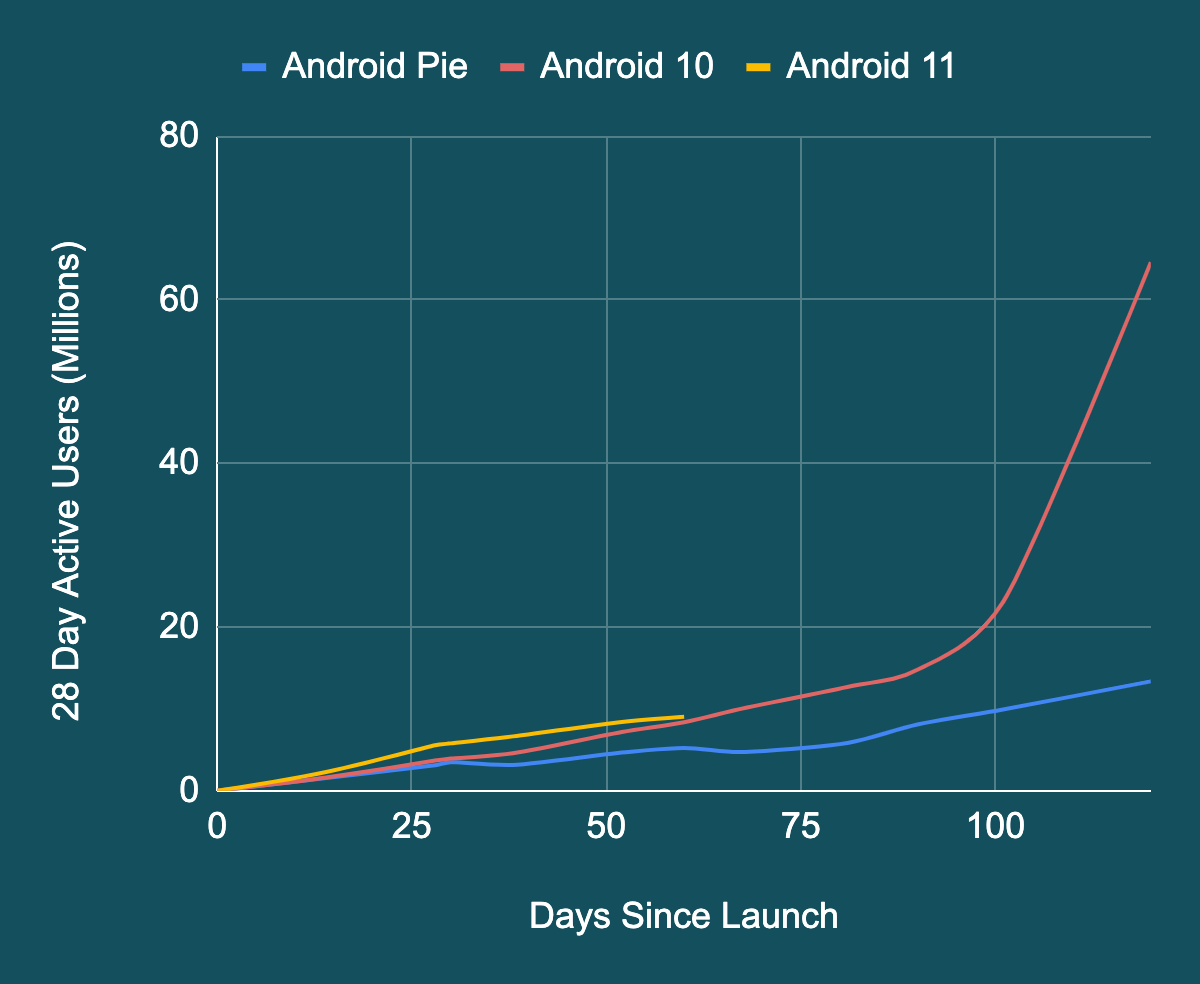 Speaking of Treble, Google shared yesterday in an infographic that there were 667 million active users on Android 10, and 82% of them (that is, on existing devices) got the 2019 release through an OTA update when it was released. Android 11 in September. Going forward, Google touts "continued push among our partners to launch their devices on Android 11 or offer Android 11 OTAs on their devices sooner."

We hope to have more details on when Xiaomi will embrace this change for the next generation of smartphones that we will see born in 2021.

Stay up to date with all the news and offers from your favorite brand on our Telegram channel. If you are thinking of acquiring a new product of the brand and you have doubts, you can consult our group on Telegram or Facebook with a community in continuous growth, and of course you can find us in the rest of RRSS: Facebook, Instagram or Twitter. fan of photography? Share your best snapshots with us in our photography group.

Many new brennenstuhl sockets are now in the Saturn deal

How to add and delete calendars on iPhone