Today on April 19, 2021, Realme officially announces the new smartphone series (Realme Q3), which might release on April 22. Recently Xiaomi Today received the leaks of the new Realme Q3 Pro smartphone. The leaks are posted on a Twitter account which is explained below.

Xu Qi, vice president of realme in China and president of Global marketing, releases the real images of Realme Q3 pro. He claims the main color of the smartphone, “Firefly,” which is also Realme’s first Firefly phone. 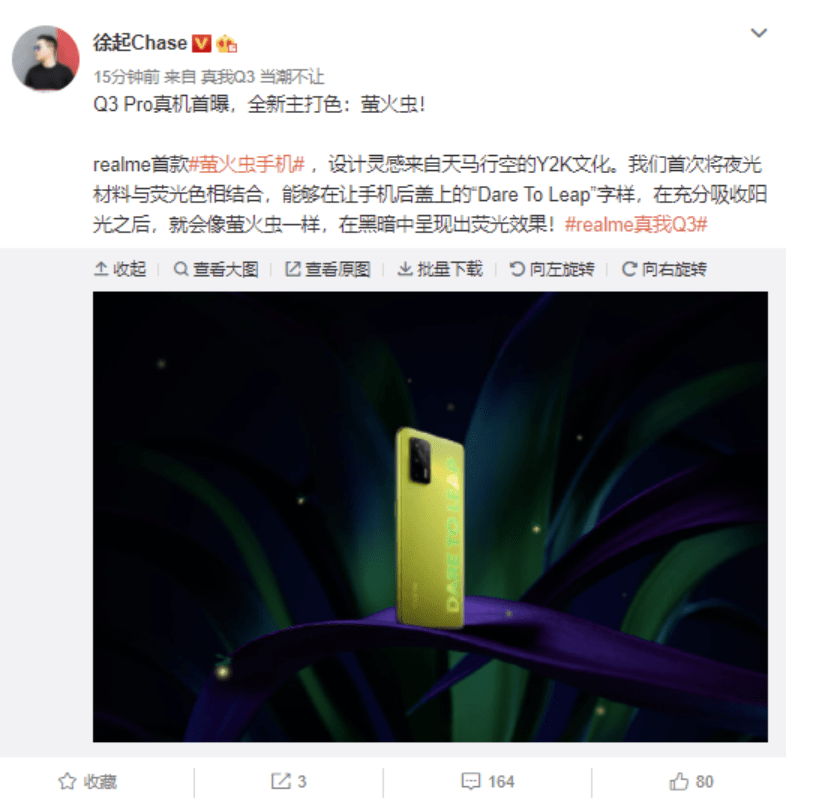 According to reports, the design of the machine is inspired by the unconstrained Y2K culture. For the first time, realme combines luminous materials with fluorescent colors. After fully absorbing sunlight, the words “Dare To Leap” on the back cover of the mobile phone will show a fluorescent effect like a firefly in the dark.

WhatsApp has seen an interesting improvement in a new update