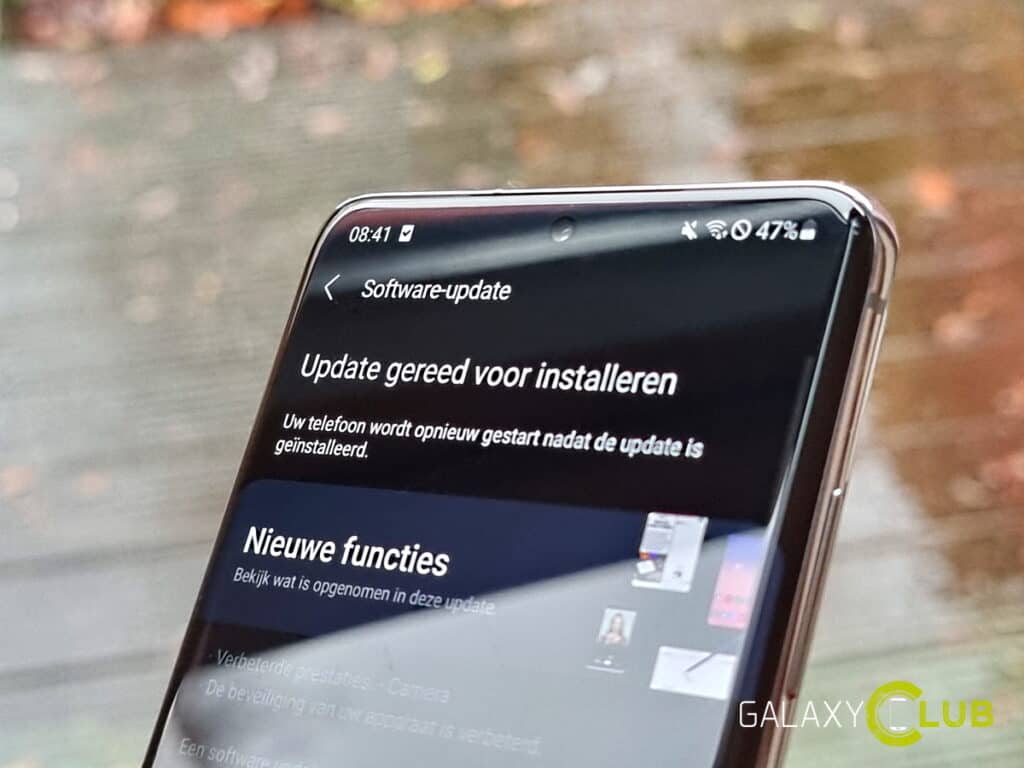 Whether it gets through the summer or not, August hasn't been the month when Samsung's phones have been updated the fastest with the latest security patch so far. However, the update is now gradually trickling in on more and more devices – including the Galaxy S20, S20+, and S20 Ultra.

The download is even surprisingly large: you need to get more than 623MB before you can install firmware version G98**XXU9DUH2. Why the package is so extensive is not immediately clear from the changelog. This one mentions two points, namely the Overall stability of functions and Security of your device have been improved.

The latter, of course, refers to the August patch. It contains 34 improvements for the Android system, and another 8 for Samsung's One UI. Samsung did not provide much concrete information about which functions are being refined earlier this month.

At the time of writing, you can download the update OTA on the unbranded Galaxy S20+, and S20 Ultra in the Netherlands. The S20 without additions will follow later today. In Belgium, the update was immediately available for some time. As usual, the branded models from Vodafone and T-Mobile will follow later this month.

Sooner or later you will automatically receive a notification as soon as the update is available on your device. You can of course also directly check whether it is already there: Settings -> Software update -> Download and install.

Have you already received this update on your S20, S20+, or S20 Ultra? Have you come across any more changes, innovations, and/or bugs?

7 news from iOS 15, which will not arrive in its first public version