Samsung officially launches the Galaxy A13 5G (but not here yet)

In the US, Samsung has already launched the Galaxy A13 with 5G. The device offers good value for money on paper, and will later also come to Europe. 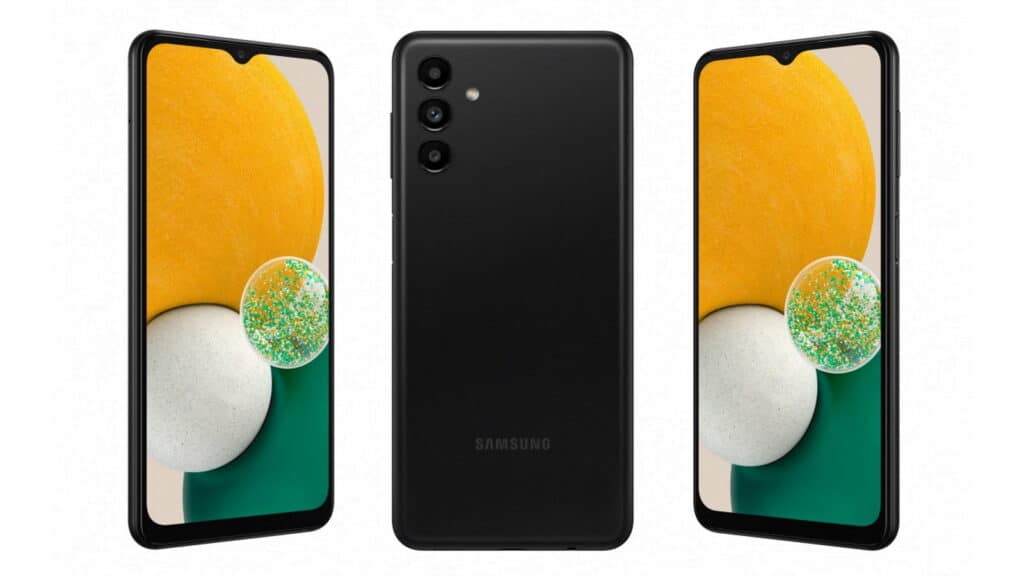 Yesterday we wrote that Samsung has put a 90Hz screen in the Galaxy A13. That information came from a video from the American provider AT&T. It turned out that it was no coincidence that this one appeared. A few hours later, namely, Samsung introduced the A13 to the general public. At least, there in the United States.

Although we still have to wait for a European launch, we now already know all the specifications of the Galaxy A13 5G. The device runs on MediaTek's Dimensity 700 soc, has 4GB RAM, and 64GB internal storage capacity. The screen has a diagonal of 6.5 inches, 1600 by 720 pixels, and indeed a refresh rate of 90Hz. There is a fingerprint sensor in the power button.

There are three cameras on the back of the device, one of which is the 50 megapixel main camera predicted by us. In addition, there is a 2MP macro camera, and a 2MP depth sensor. The front camera is a 5MP model, which is housed in a notch in the display.

In terms of processor and refresh rate, the Galaxy A13 5G is a bit reminiscent of the Galaxy A22. We were very pleased with that device – partly due to both elements – in our Galaxy A22 review. The A13 5G could therefore just be an interesting budget phone, provided it comes to our country in this version.

Europe and the Netherlands

Although Samsung has now only introduced the Galaxy A13 in the US, we know that the device will also come to other parts of the world. In addition, a Galaxy A13 with 4G is also in the pipeline, which may not have the exact same specs.

We assume that Samsung will present the European models before the end of this year, or else very early in 2022. We do not yet know which device version(s) will be for sale here – 4G, 5G, or both. We dare to gamble that the Galaxy A13 4G with 64GB should probably cost just under €200. For the Galaxy A13 5G you pay an amount that is just above that limit.

5 automations for the iPhone that you should definitely try

Yeelight Staria Review: A smart lamp with HomeKit support that can charge your iPhone