When active noise suppression was more of a part of over-ear headphones, Sony was one of the first to be able to install the practical function in its Sony WF-1000XM3 in-ears. With the WF-1000XM4, the model has a successor that scores with numerous functions: improved ANC, alternative wireless charging via Qi technology and the in-ear headphones are now protected against splashing water.

The true wireless in-ear headphones and the charging case have become more compact and can therefore be stowed away quickly and easily. The quality of the powerful sound can be adjusted via the app. For this reason, we recommend the Sony WF-1000XM4 to buy, as they are among the best in-ear headphones in terms of sound and noise suppression. However, they also have their price at just under 280 euros. 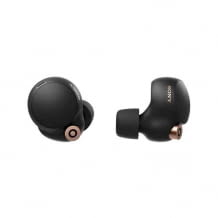 Disadvantages of the Sony WF-1000XM4 in-ears

Sony WF-1000XM4 in the test check – design and equipment

Compared to the WF-1000XM3, the WF-1000XM4 are optically rounder and more button-shaped. Sony remains true to the colors and only offers variants in white or black. The scope of delivery includes attachments made of polyurethane foam in three sizes for customizing different ear shapes. Those are adaptable and also passively shield outside noise.

As a further improvement, the Sony WF-1000XM4 offer eight hours of music without intermediate charging, which is two hours more than the Sony WF-1000XM3. With intermediate charging in the accompanying charging case, up to 24 hours of music enjoyment are possible. If things have to be done quickly, 5 minutes of charging is enough for an additional hour of playback time. The box is charged via USB-C cable or, unlike its predecessor, optionally wirelessly via Qi charging technology. The charging case has become 40 percent smaller and is therefore even easier to pack in a bag for on the go. An LED on the case tells you when it needs to be charged. 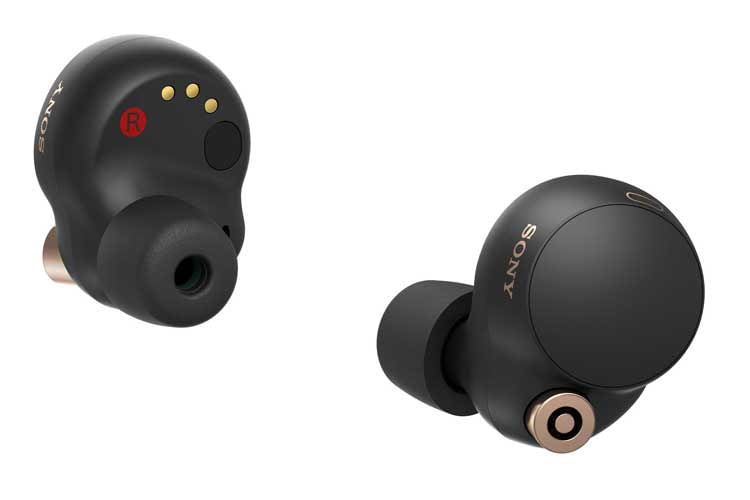 Compared to its predecessor, the WF-1000XM4 now have a round shape

Inside, a V1 processor works, which is a further development of the QN1e chip from the previous model. The sound experts promise even stronger noise canceling. A 6 mm driver unit supports the optimization of the NC function and allows users to listen to music up to 20 percent louder than with the Sony WF-1000XM3. We rate this as positive, but sound lovers should note that a high volume above 85 decibels can lead to hearing damage in the long term. Two noise sensor microphones per in-ear headphones ensure that ambient noises are confidently recorded.

What is striking compared to the predecessor is the visual change and the button-shaped look. The control via touch remains the same. One tap is enough, for example, to start music, double tap to take a call and a constant touch starts the desired voice assistant.

Individual adjustments are possible via the Sony | Headphones Connect App (Android | iOS) possible. This means that users can determine for themselves which actions are triggered by tapping on the left or right in-ear headphones. The app also helps you choose the right attachment. Another special feature is the improvement in the sound quality. If the playback device also supports the LDAC audio codec, the sound is improved even more. If users have subscribed to a corresponding streaming service, 360 Reality Audio can also be enjoyed via the Sony app. Then the music played sounds as if you were actually surrounded by the sound and z. B. Be a spectator of a concert.

The greatest strength of the WF-1000XM4 in-ears is the active noise cancellation, which has been improved even more. This means that the small sound buttons analyze the sound of the surrounding noises and produce a counter-sound, so that particularly monotonous sounds, such as B. the engine of a train or road traffic no longer disturb the enjoyment of music. A conversation sound carpet, for example in a café, is then no longer a nerve factor. In addition to the good sound, users can also look forward to good call quality. Because background noises such as wind are isolated so that the call partner can follow the conversation without hissing or rustling.

We rate it as a shame that the in-ear headphones are only protected against sweat and splash water. So you can use the WF-1000XM4 In-Ears during sports, but not z. B. when showering. Given the high price, we would have liked a higher level of protection, for example against brief immersion in water.

Speak-to-chat function: This feature is already known from the Sony WH-1000XM4 over-ear headphones. Your hand is not always free to take out or tap one of the two wireless WF-1000XM4 in-ear headphones, for B. in a spontaneous encounter, the conversation partner is easy to understand. In speak-to-chat mode, the music pauses automatically and turns on the ambient sound as soon as users start speaking. Thanks to this function, users can take part in a conversation without having to take out headphones or tap them. Quick Attention Mode: Music lovers don't always have to take out the in-ear headphones to briefly understand the announcement on the platform, for example. Another option in addition to the speak-to-chat function is a long tap on the sound button. This then switches to Quick Attention mode. In this mode, outside noises are directed to the ear and conversations are easy to understand. Automatic music playback: Thanks to a proximity sensor, the music stops as soon as users take Sony WF-1000XM4 in-ear headphones out of their ears. Song playback will only start again automatically when the in-ears are reinserted into the ear. We rate this as a practical function that also saves the battery because music is only played when the headphones are in the ear.

Installation and setup of the Sony WF-1000XM4 in-ear headphones

The connection of the Sony WF-1000XM4 in-ear headphones, e.g. with a smartphone, is quick and easy in just five steps:

What is compatible with the Sony WF-1000XM4 in-ear headphones?

The Sony WF-1000XM4 in-ear headphones are compatible with Google Assistant and Alexa.

In WF-1000XM4 tests and evaluations, the Sony in-ear headphones were particularly convincing with their strong active noise suppression:

In the test by the editors of computerbild.de, the Sony WF-1000XM4 received a grade of 1.5. The sound experts named the good sound, active noise suppression and high wearing comfort as advantages. However, the testers would have liked a larger number of interchangeable attachments for better adaptation. (Status: 06/2021) The editors of computerbase.de were full of praise after their Sony WF-1000XM4 test and judged: “The Sony WF-1000XM4 are among the best wireless in-ear headphones in terms of both sound and ANC on the market. ”(Status: 06/2021) Due to the short availability, there are no further tests or evaluations for the Sony WF-1000XM4 in-ear headphones. (As of: 06/2021)

Pricing and availability of the Sony WF-1000XM4 in-ear headphones

We recommend the predecessor Sony WF-1000XM3 for those who want to spend less money but value quality noise suppression. The ANC is only slightly weaker than the WF-1000XM4. They are currently available for 119 euros, which is 150 euros cheaper than the current model (status: 06/2021). There are drawbacks, however, since z. B. there is no water protection. However, transparency mode and an equalizer via app are available for both generations. 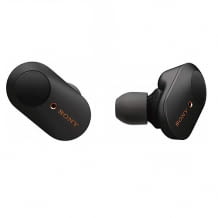 As the next generation of the WF-1000XM3, the question arises as to where the biggest differences lie between the models and what is different in the details of the WF-1000XM4 in-ear headphones. We have summarized the most important things in the table:

yes, with a QN1e processor

Yes, with a V1 processor

yes, automatically once they are connected

Tourist Maps: 5 best tourist apps for iPhone that you should not miss