The best detective stories by Agatha Christie on VOYO

This year it is forty-five years since the death of the writer, who was surpassed by fame in British territory only by William Shakespeare.

Agatha Christie is the best-selling author of all time. She has read and invented her own stories since childhood. During the war, she worked as a volunteer nurse in hospitals, where she gained knowledge about poisons, which she later used in her work. The first novel Mystery at Styles Castle with Detective Poirot was published in 1920. She co-founded the Detection Club in London (1930), where detective authors met. In 1971, Elizabeth II. awarded the title of Lady of the British Empire. Interestingly, she first dreamed of a singer's career, and finally a bet with her sister Margaret provoked her to start writing detective stories. She teased her that she couldn't come up with a good detective story. Moreover, writing detached her from her monotonous work in healthcare. 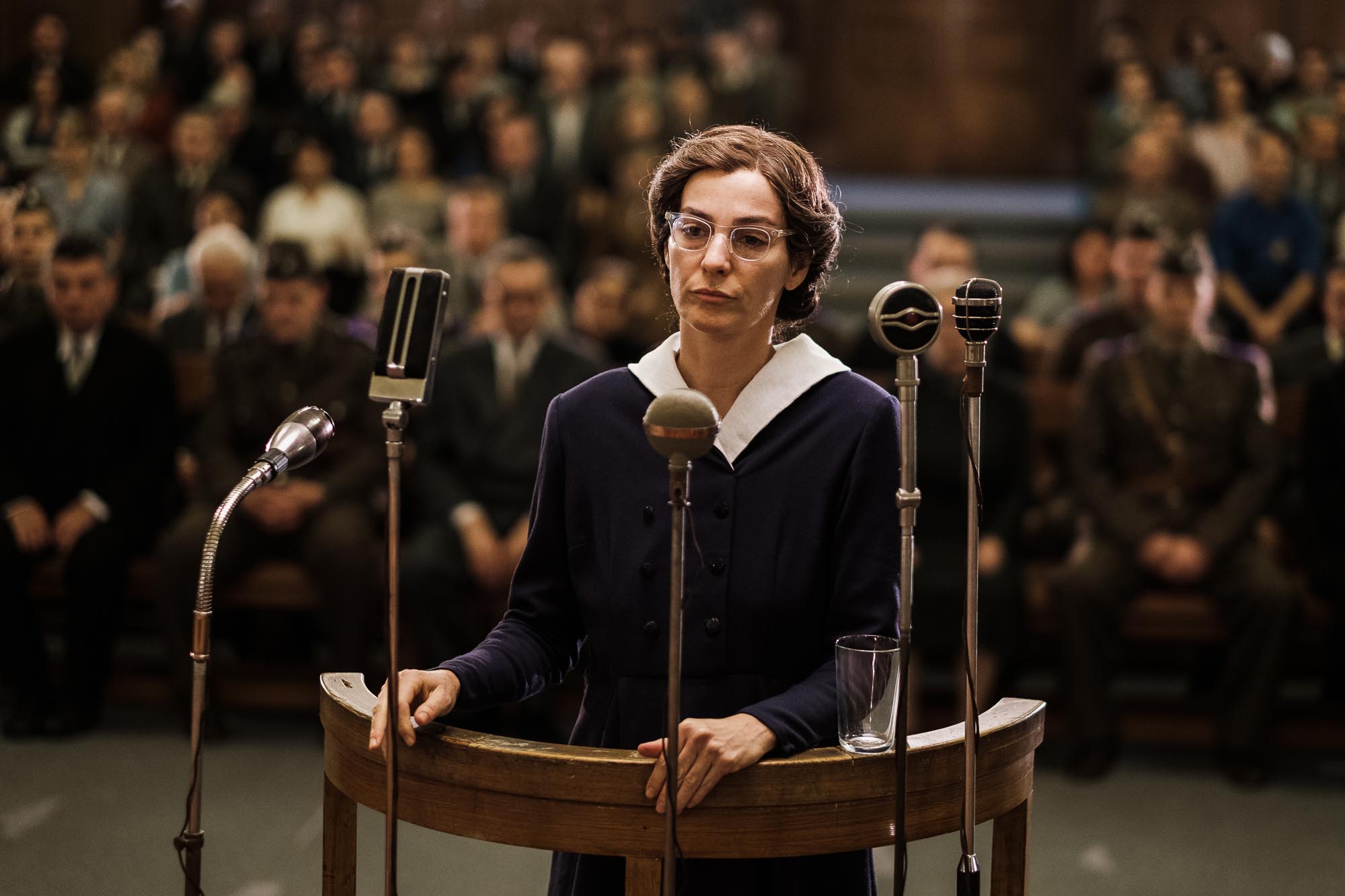 She was already a married lady, in 1914 she married a military officer Archibald Christie. However, for most of the war, they were separated. After the war, the young couple rented an apartment in London and enjoyed a happy period, which was crowned by the birth of their daughter Rosalind. At that time she was already a famous writer and her most famous character, Detective Hercule Poirot, was already outside. Gloomy events ensued at the mother's death, and her husband began to cheat on her. All this led to the writer's nervous concussion and her mysterious disappearance in 1926. One December night, she left the house and her car was found abandoned a few miles away the next morning. This was followed by a nationwide search and press speculation about what had happened. Eventually, it turned out that Agatha Christie had somehow traveled to Kings Cross Station, from where she took a train to Harrogate. Here she checked into the hotel under the name Theresa Neele. After the hotel staff recognized her and alerted the police, her husband also arrived. Agatha did not recognize him, he seemed to be suffering from memory loss. She underwent psychiatric treatment and never talked to anyone or her friends or family about her disappearance.

After the break-up of her marriage with an infidel, she fulfilled her dream of traveling on the legendary Orient Express train. This journey eventually brought her acquaintance with great love for her future husband Max Mallown and also inspiration for another book Murder in the Orient Express, which was eventually filmed and at the premiere in 1974 was even Queen Elizabeth II. and members of the royal family. 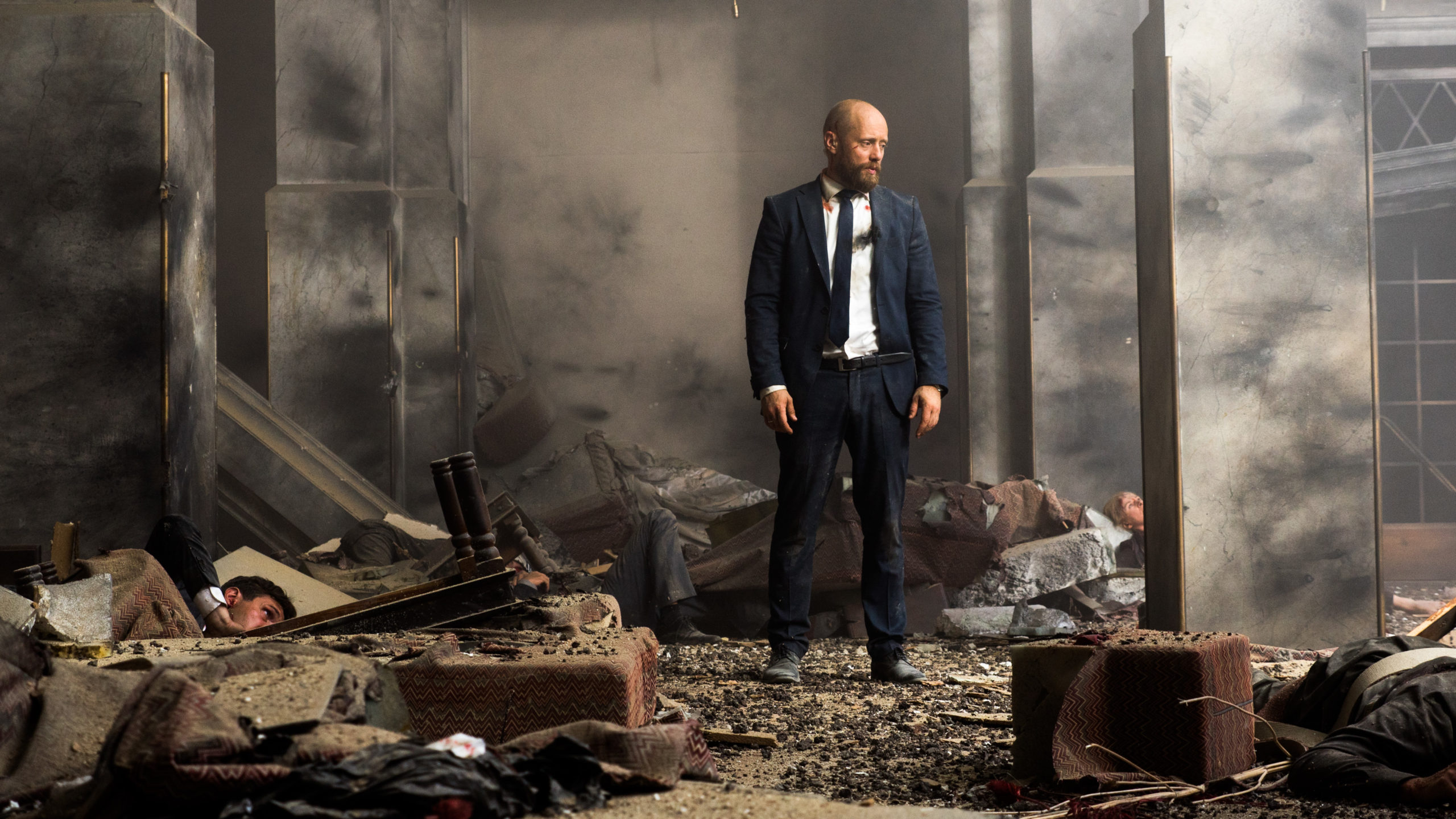 The best Nordic criminals on VOYO

The books brought Christie a large number of supporters who sent her letters. The author answered them, but usually sent only an autograph and thus the correspondence ended. However, there was one exception – the Czech Olga Simonová. Prachatice's English teacher loved Agatina's books and read them in the original. In 1961, she thought of writing to her favorite. She sent a letter to the British embassy asking for an address. Soon a nice reaction came from the ambassador's secretary with a gift – the book Cat among the pigeons and the address of the famous writer. In the letter, Olga expressed her affection, respect, admiration for her works and wrote a few words about herself. Although she did not hope for an answer, a letter and the book The Test of Innocence arrived from Agatha within two weeks. This detective story is already on the Voyo video portal. This was followed by a number of other letters that Olga kept with the notary. Over time, the correspondence between the two women became more personal. They wrote as friends about news in their families, they also commented on the political situation in Czechoslovakia in 1968. The Englishwoman arranged for her publisher William Collins to send a book to her supporter, which came with a wish for the New Year. The publishing house also supplemented Olga's collection of all Agatha's books and delivered a novelty twice a year, which she published. When Agatha could no longer write the letters herself, she was replaced by her husband Max Mallowan.

The rare correspondence, which lasted fifteen years, did not end until the writer's death. Nevertheless, the Czech Republic remained in Agatha's work forever. She inspired her to create the character of the au pair Olga Seminoffová in the novel I Saw Murder and mentioned Czechoslovakia several times in her detective stories, eg The Mysterious Mr. Quin, Traveling to Frankfurt, Death in the Clouds.

Agatha Christie: The Test of Innocence

The mysterious drama under the baton of Agatha Christ always promises surprising plots and a breathtaking outcome of who is the killer. The test of innocence is divided into two episodes, which will be on Voyo. The series will continue with other stories by the most famous detective writer in the world, whose television stories can offer even the best British acting names.

The story begins in a different way than the murder that took place in England in 1954. Young Jack killed his adoptive mother Rachel, who is found by a maid Kirsten. Jack went to jail, but claims he is innocent. So is he really behind this horrific murder? Or was it someone else? 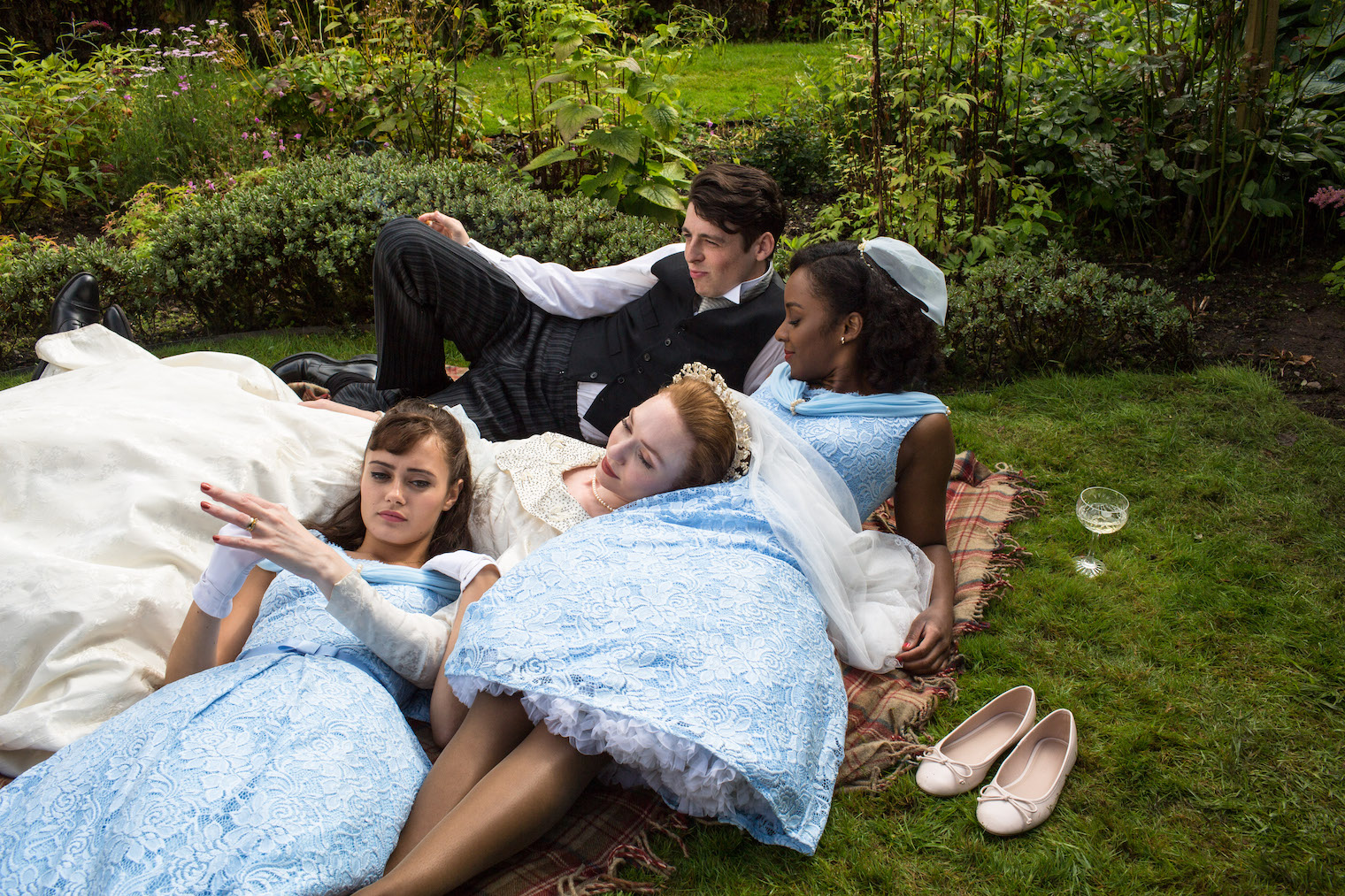 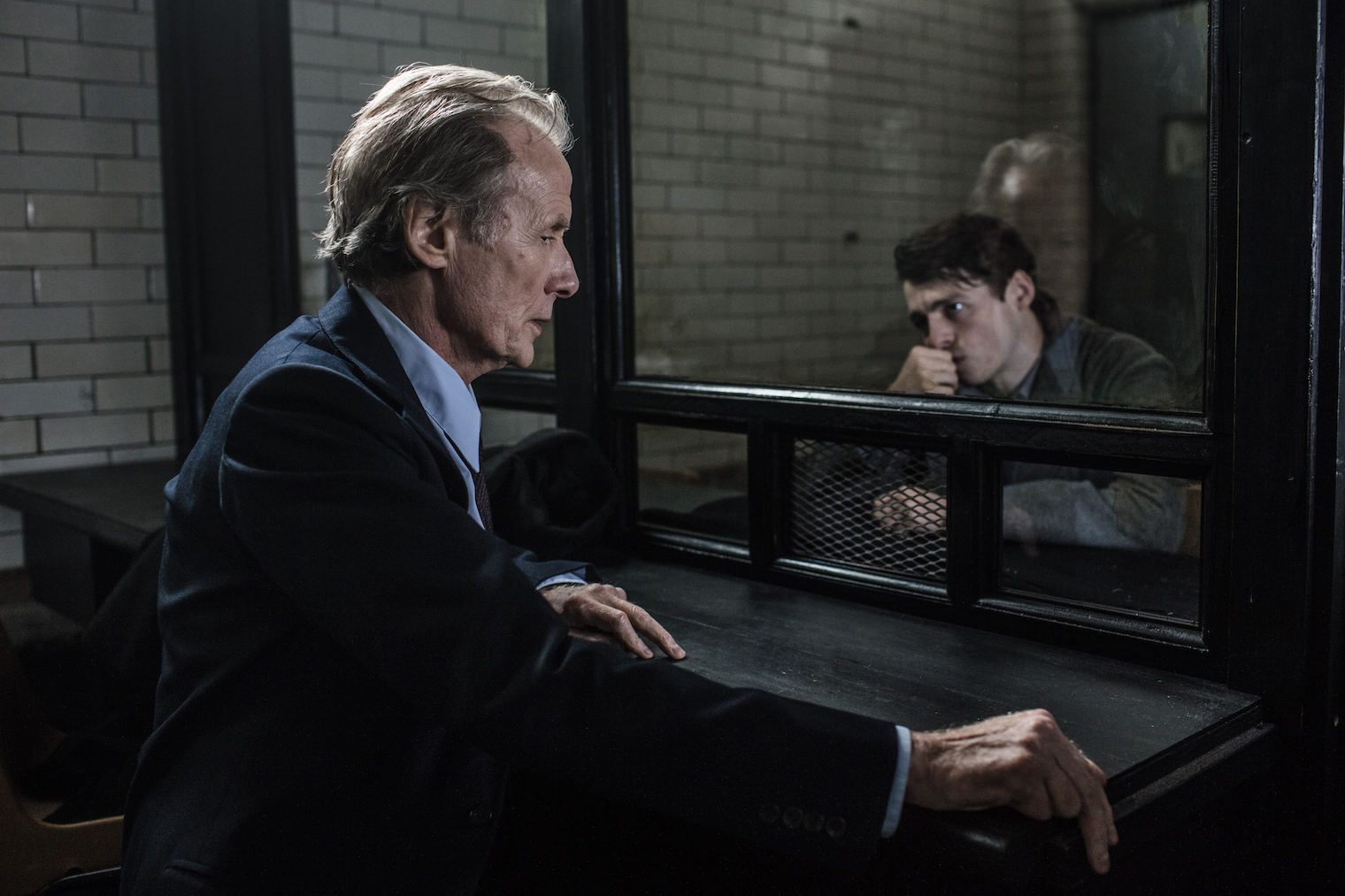 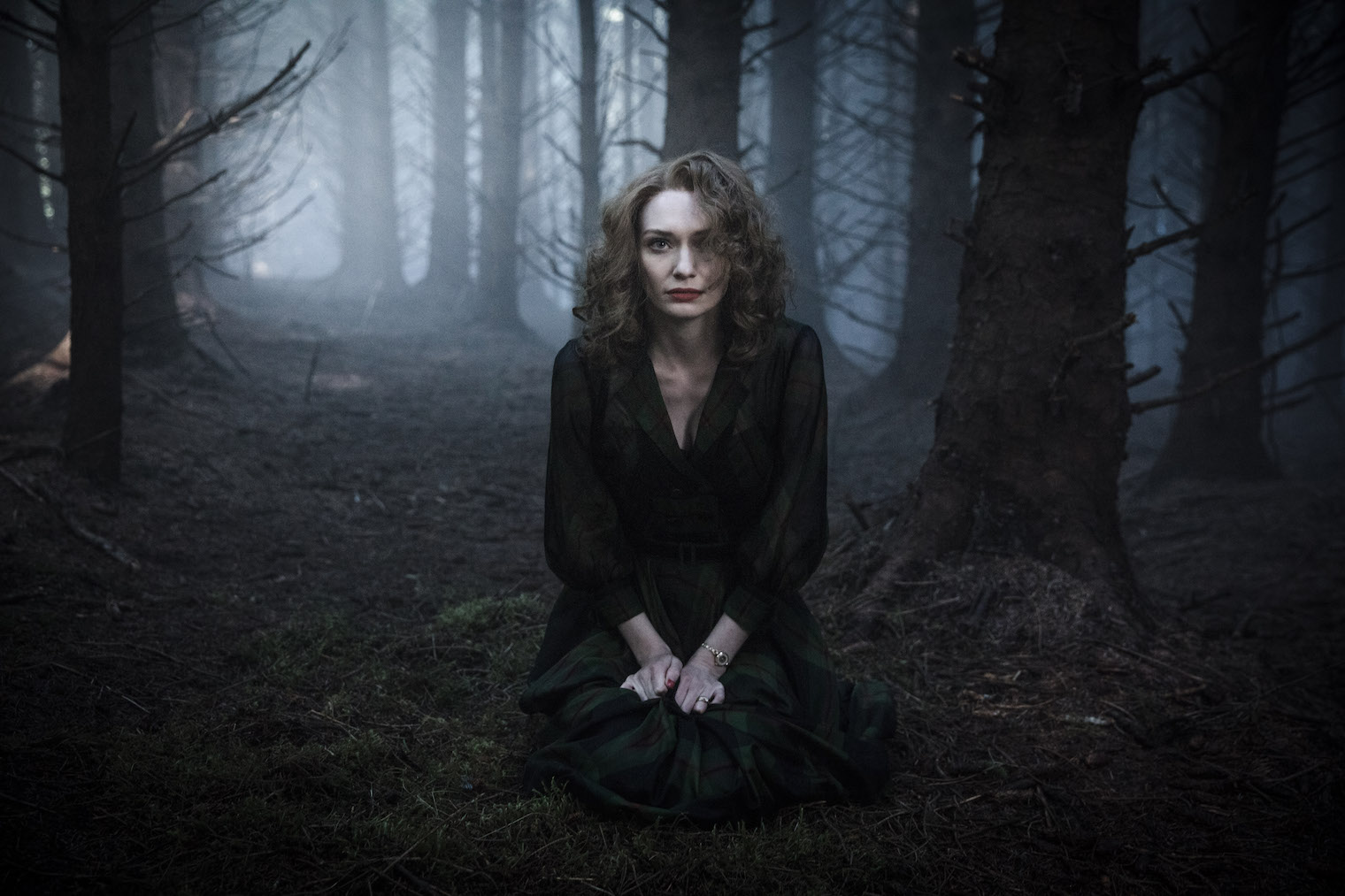 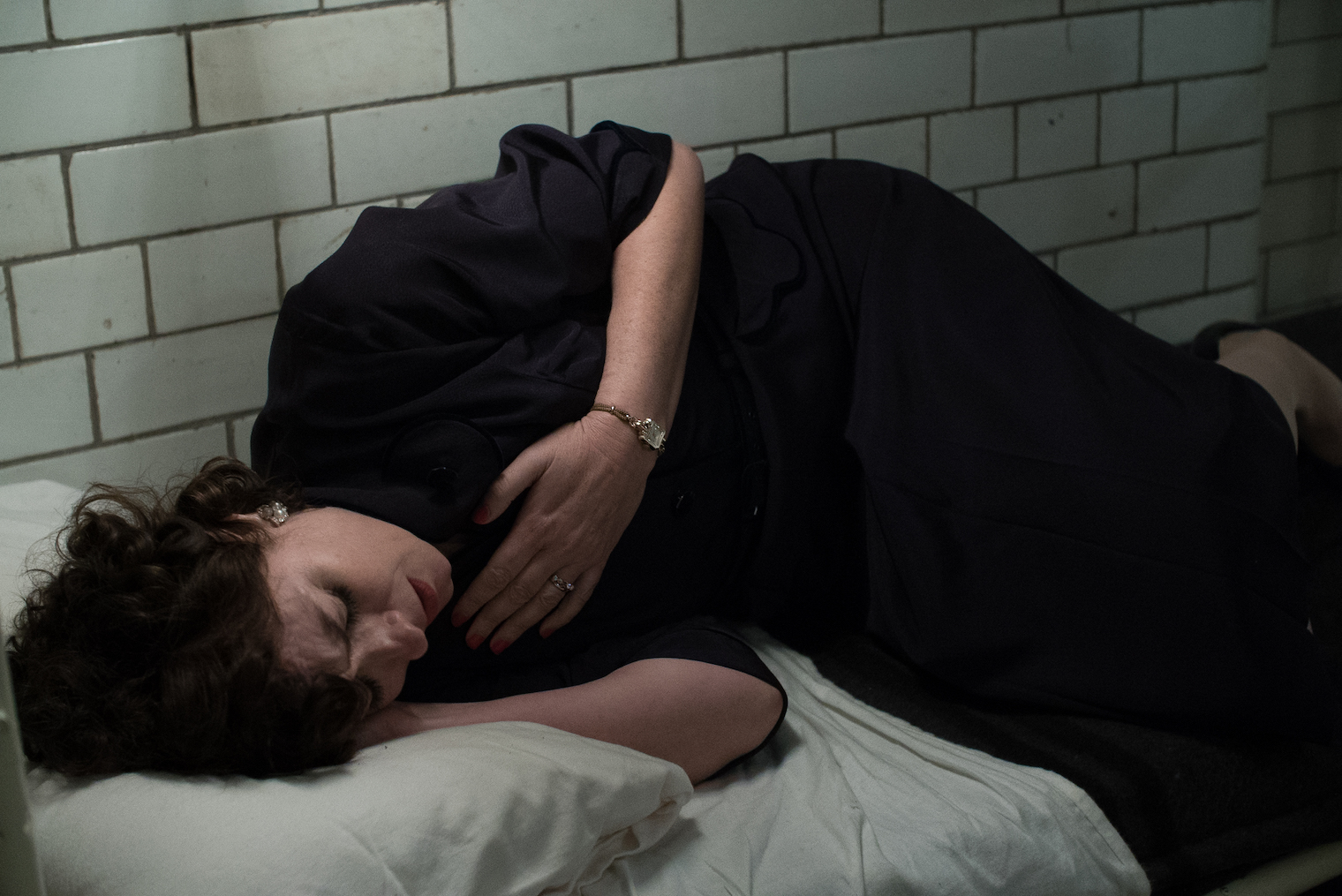 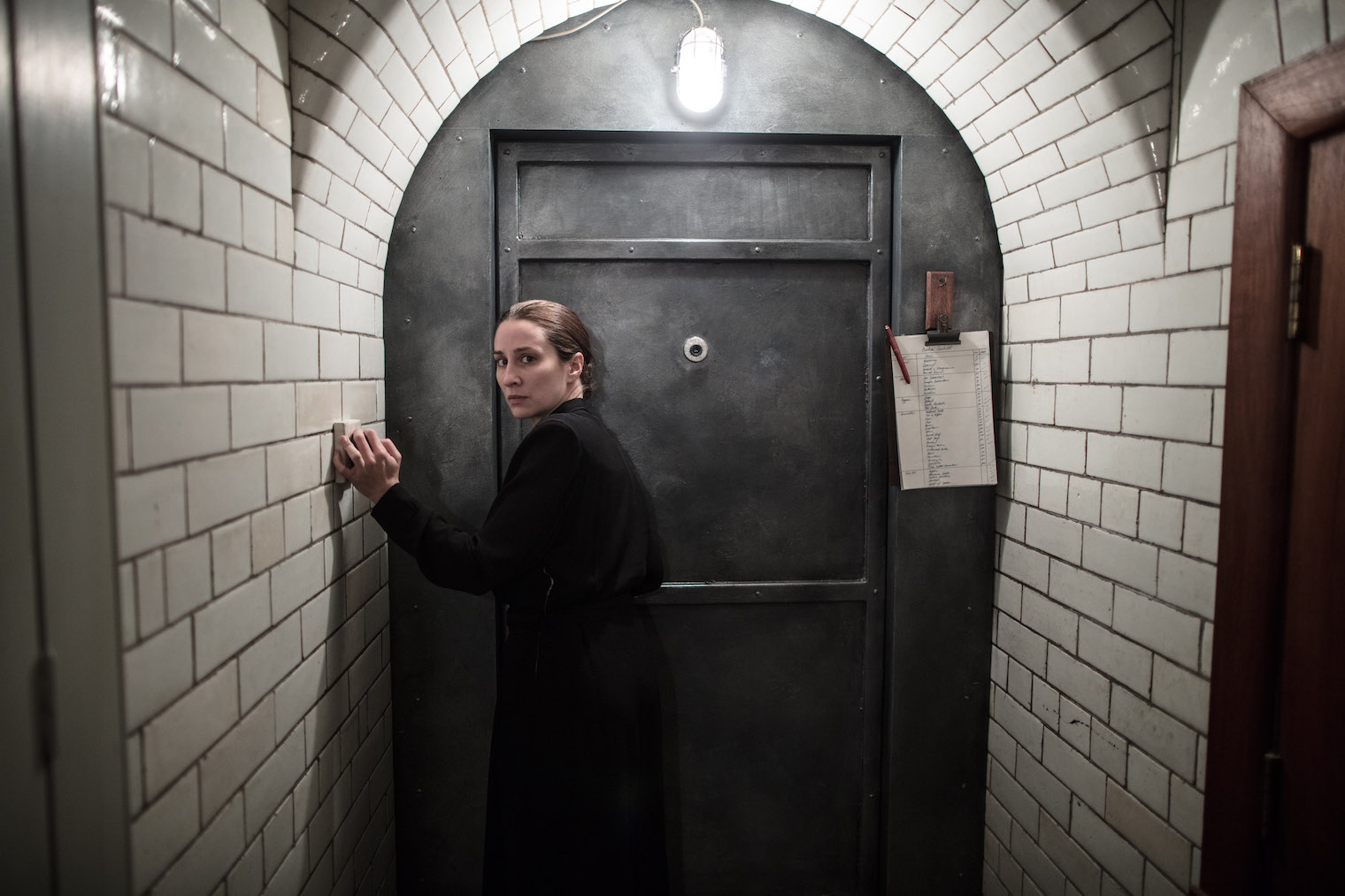 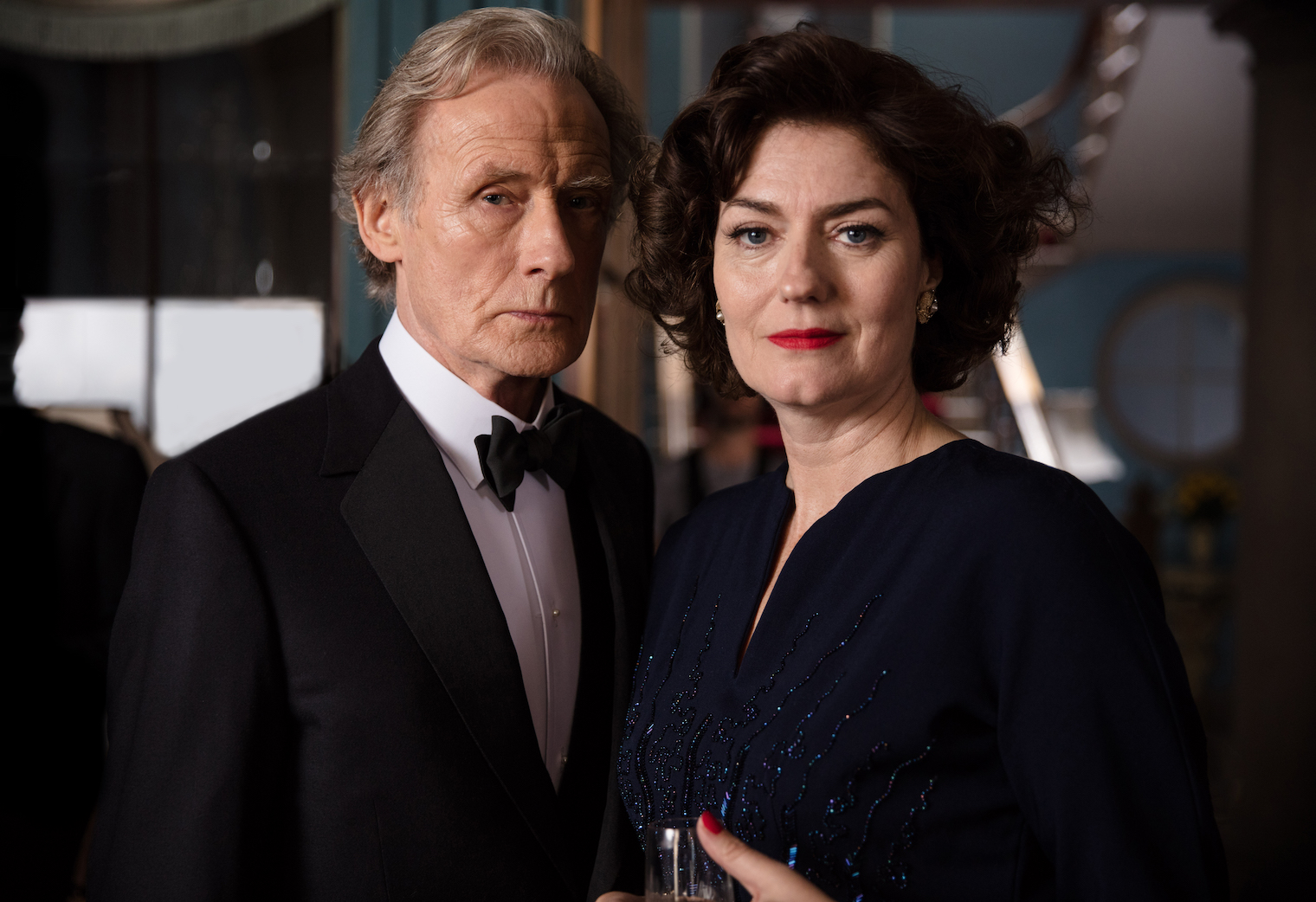 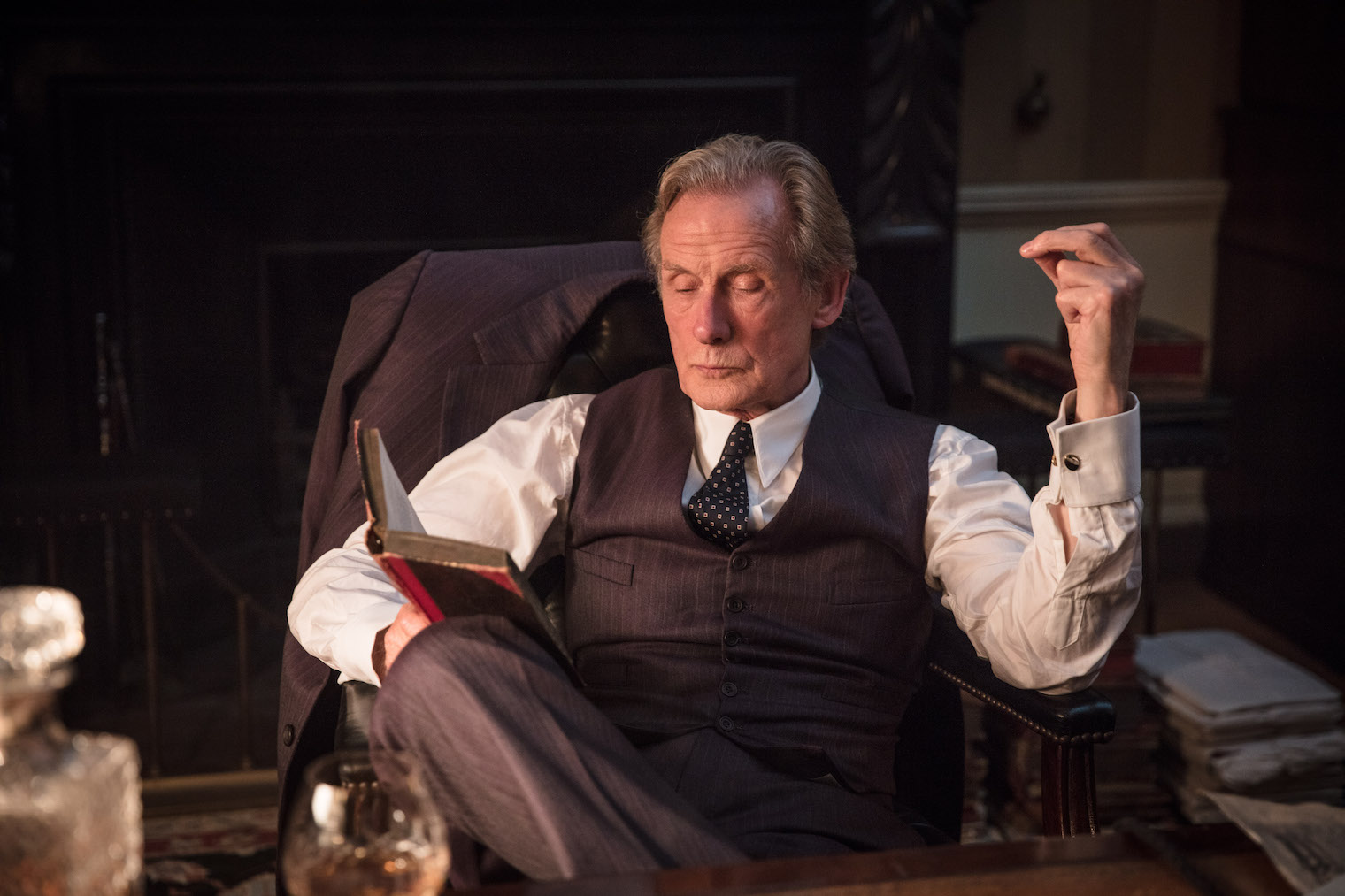 A year and a half after the murder, all of Jack's siblings will meet at their hometown. Mickey, Tina, Hester and Mary. Their father Leo is remarrying, but the siblings do not agree with the marriage and are against it. Everyone also knows that Gwenda, whom her father is to marry, was dating Lee when Rachel was still alive. When everyone meets in the hall, an unknown young man rings. The family finds out that he is not a musician, as they thought, but Dr. Arthur Calgary, who claims to have an alibi for Jack. He explained to his father that he had dropped Jack that night before nine o'clock in front of an inn in town. So he was far from home, where his mother was murdered. And since his mother was also killed before nine o'clock, it's not possible for Jack to do so, he was still with Arthur at the time. And because he allegedly went to work in the Arctic afterwards, he couldn't sign up earlier and give Jack an alibi.

But Arthur learns from his father that Jack died in prison because he got into a fight. Arthur, who wants to do the right thing at least once, is overwhelmed. So who eventually killed the adoptive mother. In the end, it turns out that everyone in the family has their dark secret.

You can watch the test of innocence on VOYO here

Tribute to Agathe Christ is not possible without the most famous detective! This time, the legendary American actor John Malkovitch will introduce himself as Hercule Poirot. He has been nominated for several Oscars and can even be proud of his film adaptation of the self-produced version of In the Skin of Jahn Malkovich.

Agatha Christie began writing detective stories based on a bet with her sister Madge, who told her she couldn't do it. For a long time she tried to find the central figure of her books. Only once did she see a strange little man in a group of Belgian refugees in Torquay, Britain. And Hercule Poirot was born. The book Mystery at Styles Castle was rejected by publishers six times before finally seeing the light of day in 1920.

The famous detective Hercule Poirot with the face of John Malkovich interrupts his peaceful retirement when he starts receiving anonymous letters. The writer tells him that he will become a faceless murderer.

Police do not take Poirot's warning seriously, but soon there will be three murders with a similar scenario that follows the first letters of the alphabet… 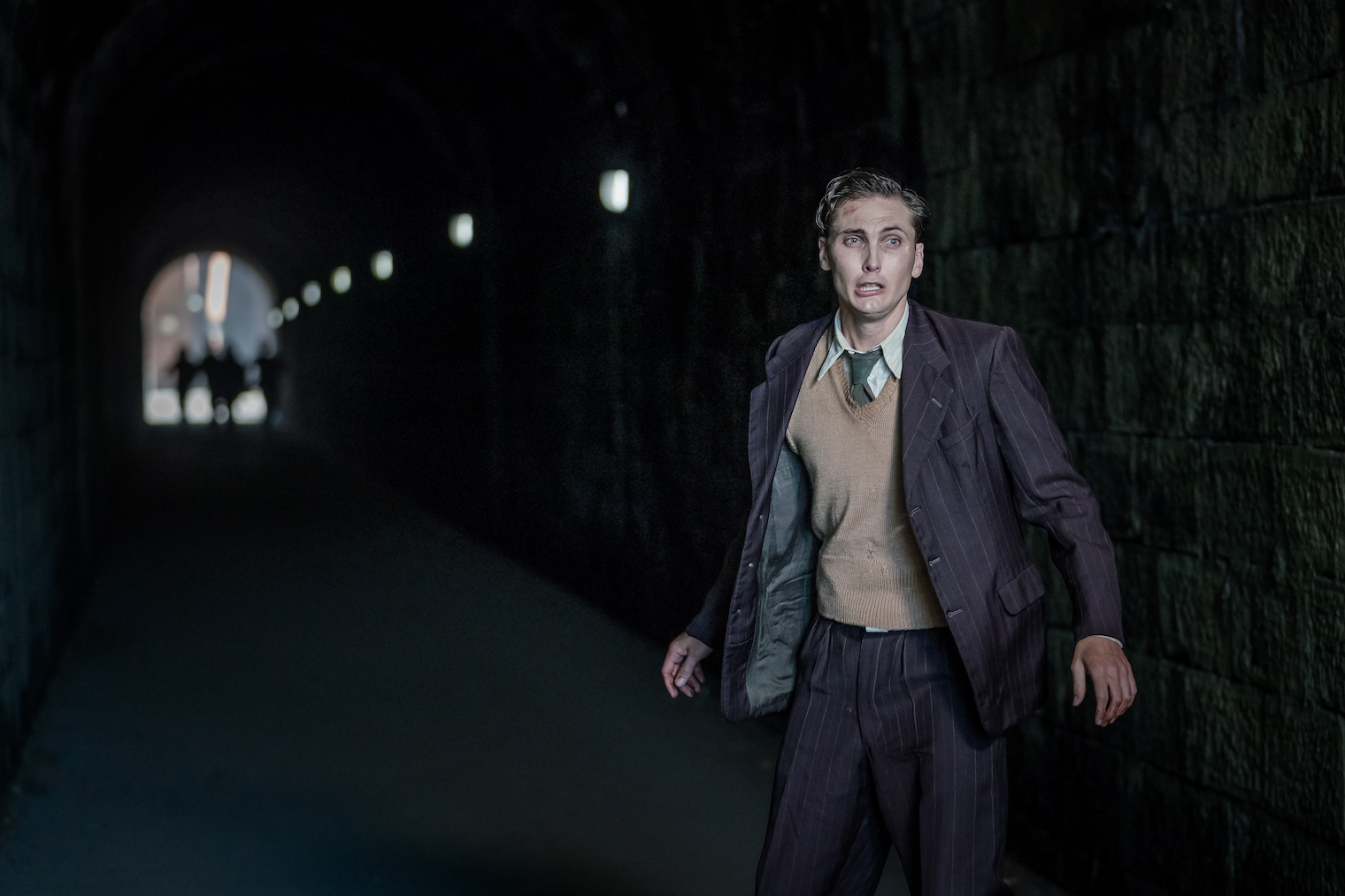 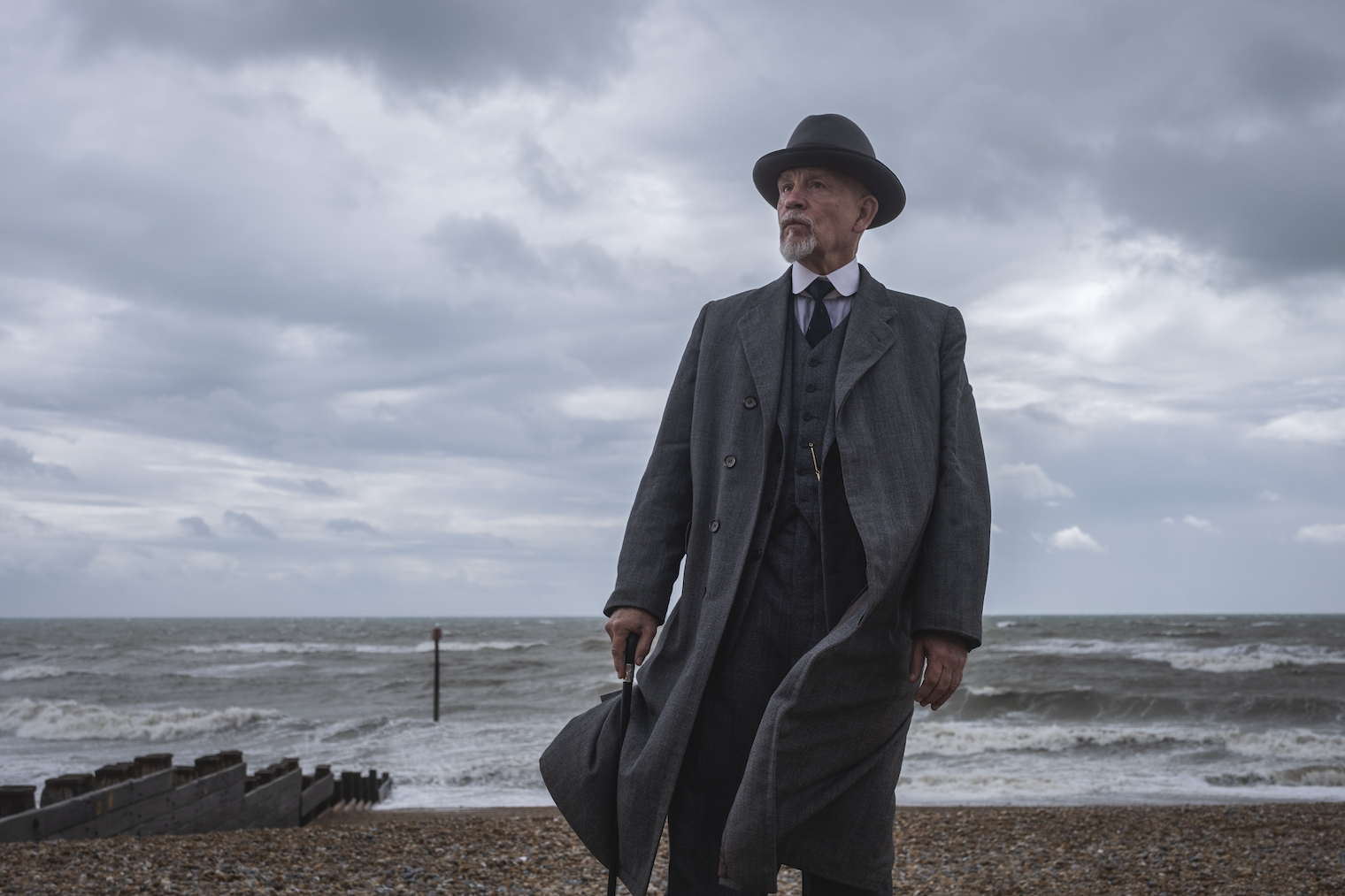 Agata 2 2 THE ABC MURDERS (Episode 1) John Malkovich as Hercule Poirot It's 1933 and a killer travels the length and breadth of Britain via the ominous rumble of the train tracks. They strike in a methodical pattern, leaving a copy of the ABC Railway Guide at the scene of each murder. As Poirot attempts to investigate he is thwarted on every front. If he is to match his most cunning nemesis, everything about him will be called into question; his authority, his integrity, his past, his identity. 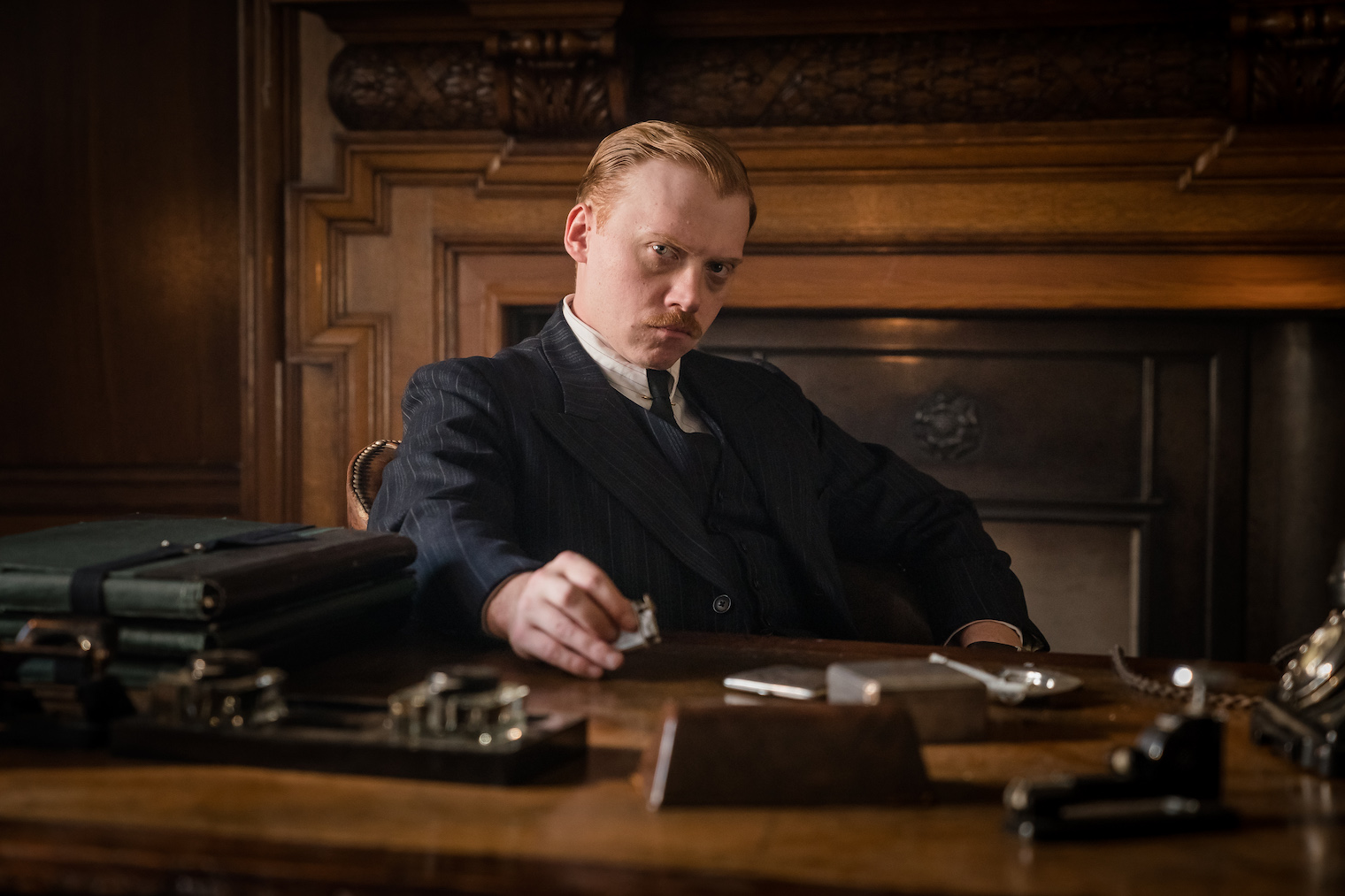 Agata 2 3 THE ABC MURDERS (Episode 1) Rupert Grint as Crome It's 1933 and a killer travels the length and breadth of Britain via the ominous rumble of the train tracks. They strike in a methodical pattern, leaving a copy of the ABC Railway Guide at the scene of each murder. As Poirot attempts to investigate he is thwarted on every front. If he is to match his most cunning nemesis, everything about him will be called into question; his authority, his integrity, his past, his identity. 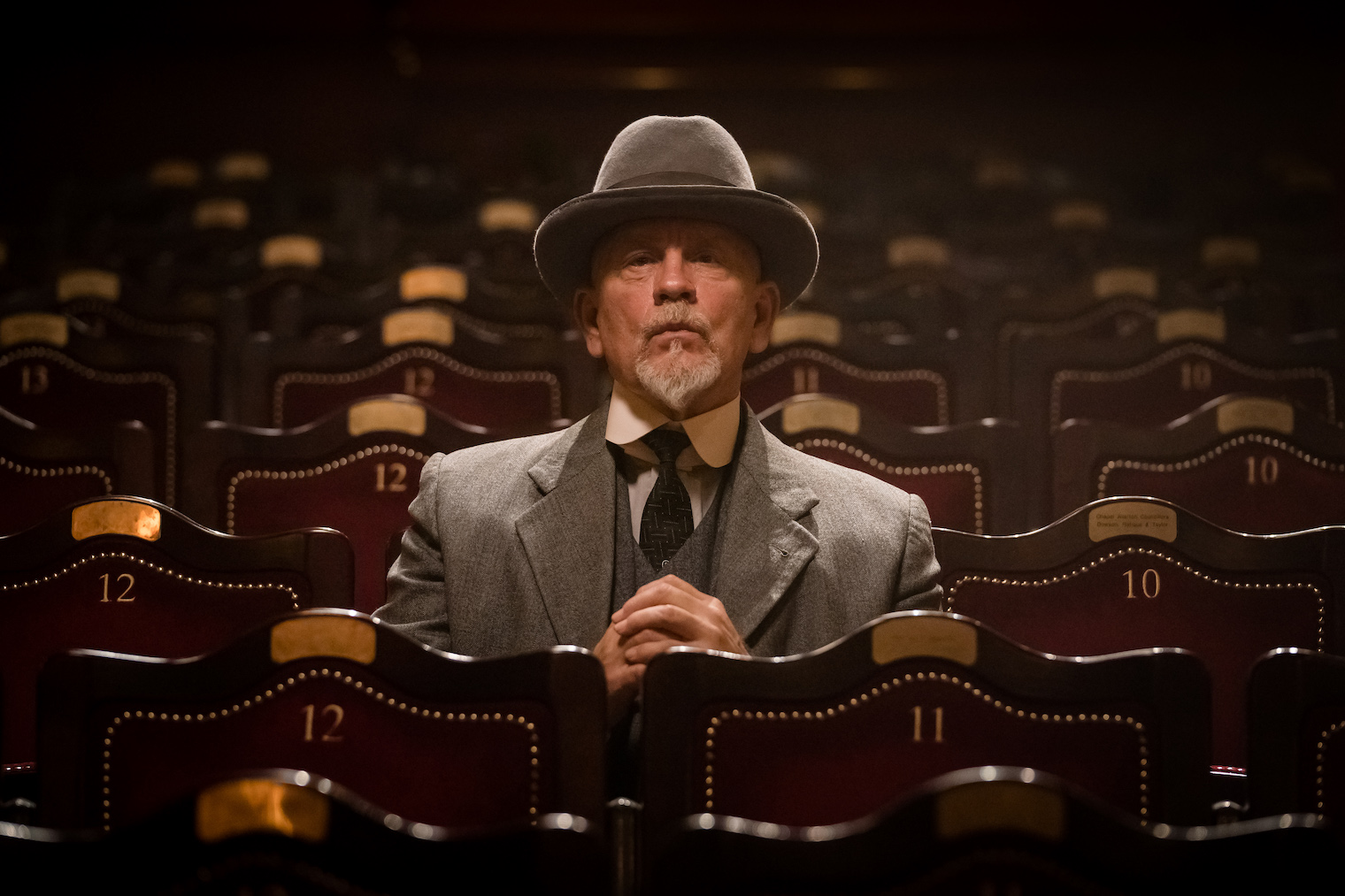 The first letter the retired detective receives, the killer says he is ready, and mentions the city of Andover. Poirot goes after Crom and warns him. Crome doesn't take him seriously and later even accuses him of hiding the letters as important evidence. Andover police will not record any murder. In the list of events in Andover, Poirot notes that the owner of the colonial, Alice Asher, did not open the police. Poirot leaves for Andover, finds Asher's dead in the colony, and next to her a railroad guide open on page A. The police do not take Poirot's advice and arrest her husband, a notorious drunk. The murdered waitress Betty Barnard is soon found on the beach in Bexhill. Next to her lies a railway guide with the letter B. Poirot is informed by the letter on the day of the murder. Her sister Megan tells Poirot that Betty liked to flirt. Sir Carmichael Clarke lives on the estate in Churston with the sick Lady Hermione. Clark is overtaken by his secretary, Thor Gray. However, Sir Clarke loves his wife, refuses Thor and resigns her. When Poirot receives a letter informing him of Churston, he calls Clark that he is in danger. But it is too late, Sir Clarke is found dead in the garden. England panics and the press criticizes Poirot.

The best widgets for iPhone: Productivity, notes and budget