As reported at TechCrunch, Tile is also working on a new tracker model that is supposed to look similar to the previous Tile Pro or Tile Mate, but then works with UWB technology (Ultra-Wideband / Ultra-Wideband) and so among other things should be able to display tracked objects via AR in the map view of the Tile app. Of course, the smartphone used must also be able to use UWB for this. This works with the iPhone 11 or the iPhone 12, among other things, but also with some Android phones such as the current Samsung models.

Ultra-broadband makes it much easier to find mislaid objects, as it not only shows the direction and distance to the object, but is also spatially able to indicate where the object is. You can then see in the app, for example, whether an object is to be searched for on the floor or on a shelf or on the bed. According to the internal sketch (see above), the UWB model by Tile will be flattened on the back so that it can be attached to most surfaces with adhesive tape, etc., if possible. The AR view in the Tile app should then help you find your way around the map even faster and find your lost items again. 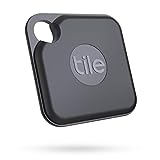 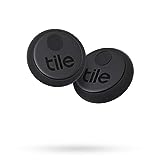 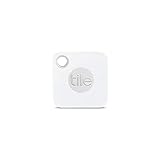 According to TechCrunch's sources, the company plans to release the new tracker later this year. That will of course support both iOS and Android, a planned price has not yet been mentioned. The previous trackers from Tile are also to be resold as usual, since it cannot be assumed that all users will suddenly have a UWB-compatible smartphone by the time the new model is released. Apple should have expected the development on the part of Tile and, as is well known, has been developing its so-called AirTags for some time, which follow the same concept. The current speculations may be enough for Apple to finally officially announce the devices. In any case, we were counting on it a long time ago. A statement from Tile is still pending. In any case, such a UWB tracker should ensure that the company can maintain its market position.

Evolution of icons of the most popular native applications in macOS