Just before and during the weekend, updates rolled in on several Galaxy devices. We note: the September patch for the Galaxy A52 5G (incl. RAM Plus), Galaxy Note 10, and Galaxy Tab S7. The latter will also receive many other, new gadgets. The August patch is ready for the Galaxy Tab S5e. 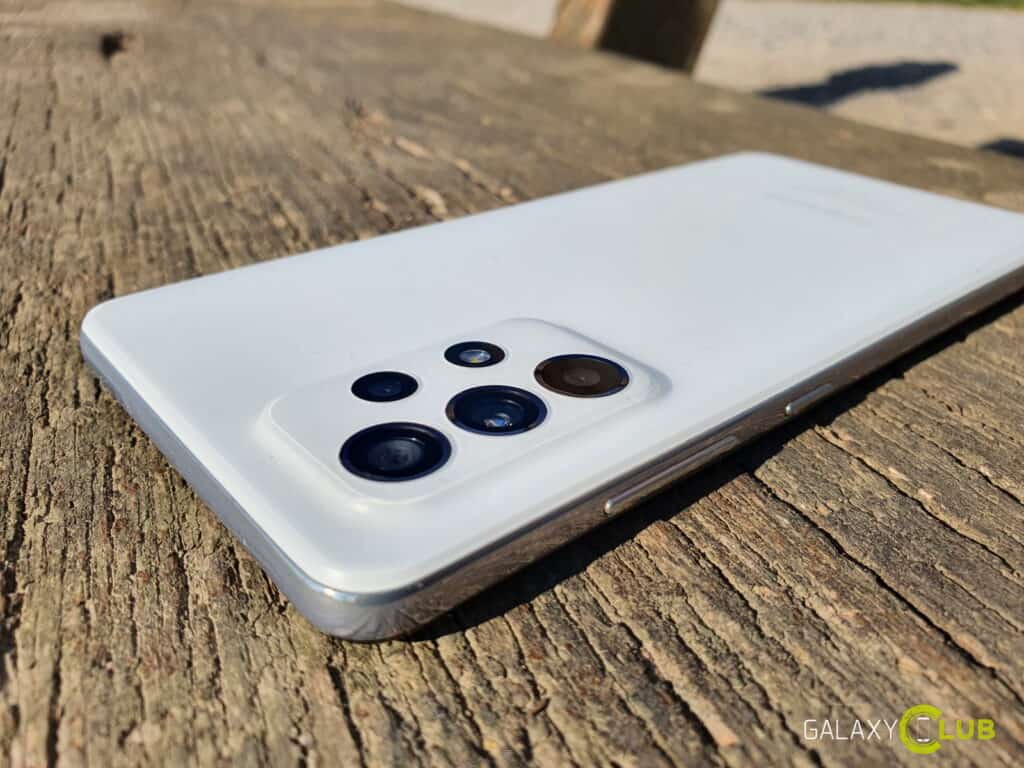 On Saturday, the new update for the Galaxy A52 started. Or rather: for the A52 5G, because for the 4G model it will take a while. Firmware version A526BXXU1AUI4 installs two novelties on the A52. Of course, one of those is the September patch.

The other innovation we saw last week make its debut on the Galaxy A52s, and is called RAM Plus by Samsung. RAM Plus adds the statement that the device can use 4GB of virtual memory, on top of the standard 6GB of RAM.

Whether RAM Plus has concrete added value with this remains to be seen. Do you have a Galaxy A52 or A52s with the gadget? Do you notice anything else, except for the entry itself, which you can see via Settings -> Device maintenance -> Memory?

For the Galaxy Note 10 and Note 10+, the 146MB major update with this month's security patch appeared just before the weekend. Firmware version N97*FXXS7FUI1 does not make any functional changes – only the security is updated. You can now directly download the update on all Note 10 models sold in the Netherlands and Belgium. It is available on the unbranded and branded models.

You can wait for the notification that the update is ready to download, or you can start the process manually. You do this via Settings -> Software update -> Download and install.

As modest as the September update on the Note 10 is, it appears as extensive on the Galaxy Tab S7 series. A more than 1200MB large package brings the September patch and various features of the Galaxy Z Fold 3 to the tablets. Firmware version T87*/T97*XXU2BUI1 does not contain One UI 3.1.1 – this is reserved for the new foldables – but you do get the following new or improved functions:

Improved ease of use of multitasking.
Added three-part display function on the Multi-window

Added switch function between pop-up view and split screen view by holding the button longer.
Added function to open a split view by dragging the screen.

Supports Labs feature (Multi-window for apps that don't actually support it)
Added function to improve the quality of selected photos.

All in all, this is a major upgrade for the Galaxy Tab S7 – and that, while Android 12 is not yet in sight. You can download and install the new firmware directly OTA on all Dutch and Belgian Tab S7 models. 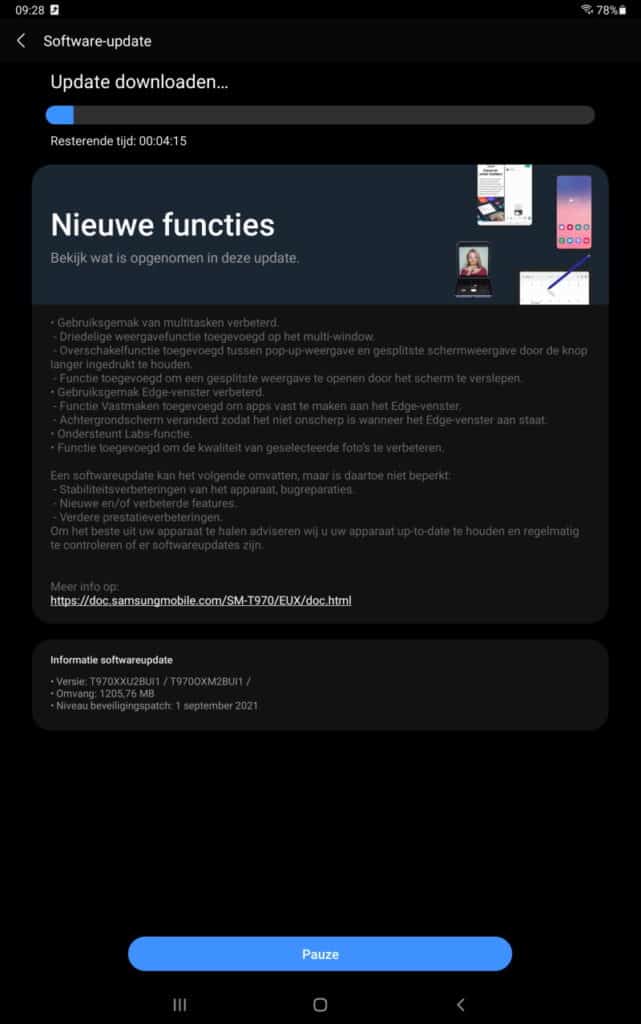 And then last week there was also the start of an update for the Galaxy Tab S5e. This tablet officially gets two security updates per year – the last one dated May last, and then brought Android 11. And now a newer security patch follows.

Firmware version T720XXS2DUH1 (…DUH2 on the version with 4G) doesn't do much functionally, but it installs all security patches up to and including August. This means that the Tab S5e is not completely up to date, but again largely. The update is now available on the Galaxy Tab S5e Wi-Fi and 4G in the Netherlands and Belgium.

(Thanks to Jeffrey, Willem, and everyone else who reported any of the updates!)

3 games and applications for watchOS, which you get for free or at a discount (September 21, 2021)