Wallbox subsidies and grants at a glance

Wallbox subsidies – the most important points in brief

The costs for a wallbox vary widely and, with the installation and purchase of the charging station for home, are between 1,000 and 2,300 euros. Positive: Private users can apply for grants and subsidies for a wallbox. In summary, there are these options:

Funding by the federal government: Financial support for private individuals is available e.g. B. by KfW with up to 900 euros per charging point. Certain criteria must be met for wallbox funding. Regional funding programs: Federal states and municipalities support the purchase of a wallbox. The subsidies vary greatly and those interested have to find out more about subsidies. Bonuses from energy suppliers: Some electricity providers have, among other things, their own product portfolio of wallboxes, which they combine with electricity supply contracts and market them with discounts. Such offers can, if necessary, be combined with KfW funding. 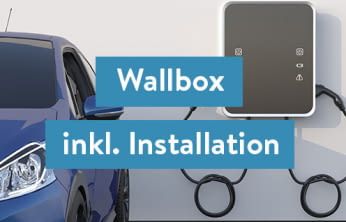 Receive an offer within a few minutes for a wallbox that fits your electric car, including a professional installation service. Uncomplicated, free and without obligation.

Get an offer now!

Wallbox funding from KfW – subsidy of up to 900 euros

When it comes to wallbox questions about private funding, the first answer is often the grant from KfW. This is financed by funds from the Federal Ministry of Transport and Digital Infrastructure. Important here:

The grant can be applied for by owners, homeowners associations, landlords and tenants. The grant must be applied for and approved before buying and installing a wallbox. If this is not the case, funding is no longer possible. The funding amount is set at 900 euros per charging point. This means that several charging points can be subsidized with 900 each, e.g. B. in a garage with several parking spaces and charging points in a private residential complex. If the costs for the wallbox and the charging station are less than 900, there is no funding option from KfW.

What is KfW promoting? What are the requirements?

The KfW funding is tied to various conditions, these are:

Parking spaces that are to be equipped with the wallbox must belong to residential buildings that are only accessible for private purposes. The wallbox must be stationary and it must not be a device that can be used flexibly and mobile. The latter are not eligible. The energy and charging management to control the wallbox must be intelligent and smart, among other things. for protection against overload. The wallbox does not have to be used smartly, but with a view to the future it has to be optionally intelligently operated and already have the function. Electrical connection: If users want a subsidy, the electricity must have been generated from 100 percent renewable energy. Permissible is e.g. B. also self-generated electricity through a photovoltaic system or en green electricity tariff.Installation by an electrician: A wallbox, like an electric stove, must be connected to a 400 volt high voltage connection. Therefore, the home charging station must be installed and assembled by an expert. Because do-it-yourselfers and laypeople risk a life-threatening electric shock.

Which wallbox for KfW funding?

The list of KfW-eligible chargers is constantly updated and can be found in detail on the KfW website. We are showing a selection of manufacturers and wallboxes eligible for KfW funding. The rule is that models with more than 11 kW must be throttled for wallbox funding and a certificate must be available for this: 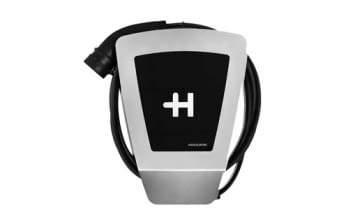 Charging station for electric vehicles with a high-quality stainless steel front and up to 16 amps. Can be networked with up to 16 wallboxes. Get it now!

What steps are necessary for wallbox funding from KfW?

As a builder of a new building, do I receive KfW funding for the Wallbox?

Important: The application for wallbox funding must be applied for and confirmed before the wallbox is purchased and installed.

Due to such possible changes, there is no claim that the following table is up-to-date or complete. Those interested in wallbox funding from federal states or their own municipality should always find out about current offers on site.

The following list shows a selection of the funding opportunities:

Up to 2,500 euros from the L-Bank for a charging point, electricity must be generated using renewable energy

Up to 10,000 euros for a fast charging point or 40 percent of the costs for planning, assembling and installing a charging infrastructure

100 euros subsidy for the purchase of a Mainova wallbox

100 euros subsidy for the purchase of an ENTEGA wallbox

500 euros for a wallbox that is supplied with green electricity

Private charging points are subsidized with 20 percent of the costs, up to a maximum of 500 euros. Green or solar power must be obtained.

In the case of energy suppliers, subsidy programs are to be understood as a premium for electricity contracts. The grants vary depending on the grant between 100 and several 1,000 euros.

Local electricity suppliers have an interest in retaining customers regionally through such offers for a longer period of time. The following list shows a selection of municipal utilities and energy providers with wallbox subsidies (status: 02/2021). Some subsidies expire after a while and can no longer be applied for, which is why it is always worthwhile to go directly to the websites of the local energy suppliers.

Wallboxes are funded by KfW, the federal government, federal states, municipalities and also municipal utilities and energy providers. There is also support from non-regional electricity providers, such as B. E.ON, who offer wall boxes with a suitable electricity contract. The advantage: The wallboxes included in the offer can be eligible for KfW funding.

Is a wallbox funded?

Yes, private charging stations can be funded. Possible grants are available from KfW. In addition to federal funding, wallboxes can also be funded by federal states and municipalities. The subsidy is independent of the living situation and applies to both owners and tenants. However, they must first obtain the landlord's consent before installing the wallbox.

Can KfW funding programs be combined with other grants?

If the installation and purchase of a wallbox is funded by KfW, a combination with funding such as B. not possible by the municipality. However, if you opt for a wallbox in conjunction with an electricity provider in the combined package, you can apply for support from KfW in addition to the contract premiums, provided the wallbox is an eligible model.

What can be combined with KfW funding from a wallbox?

Several grants can be combined with the wallbox funding, which KfW also applies for. For example, there is also a subsidy for a domestic photovoltaic system.

Apple Developers: You've already learned with the test Macs mini with Apple Silicon chips, now give them back to us

New information about the new Android 12: convenience and beautiful design