Will RWB take the Porsche 911 to the parade and adjust it to Apple's colors again?

We have already told you a lot about the history of the Porsche 935 K3, which ran in Apple's colors in the 1980s at the prestigious Le Mans race. In his honor, he even created a genius Japanese Porsche trimmer, Akira Nakai, with his RWB brand, a specially modified civilian version of the Porsche 935, which also bears Apple's logos and colors. You also had the opportunity to read about this special version, especially in connection with a very valuable collector's model of this car. Today, however, we take a look at the pious wishes of a pair of digital artists who want Akira Nakai to take on a modern Porsche and pay tribute to Apple with it. 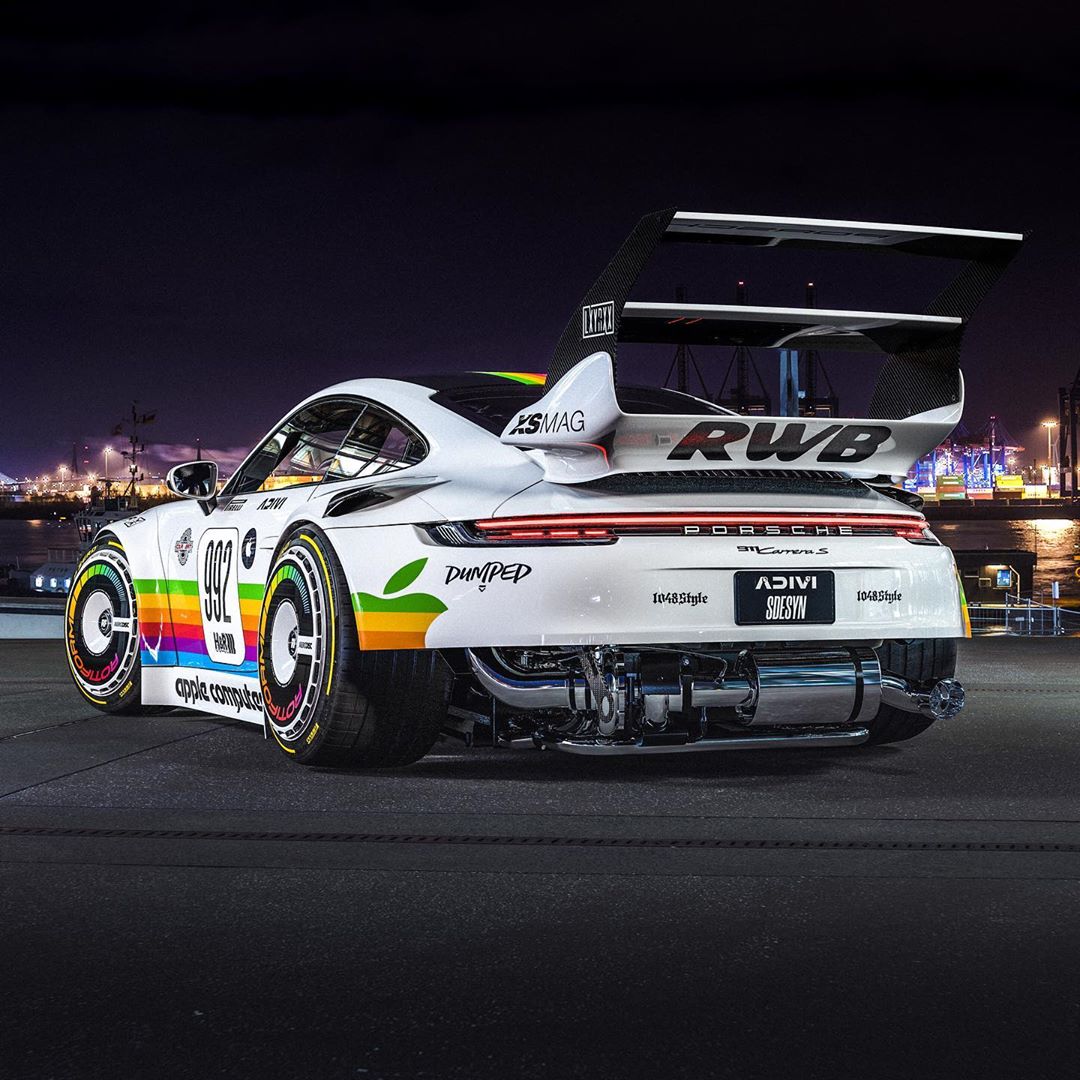 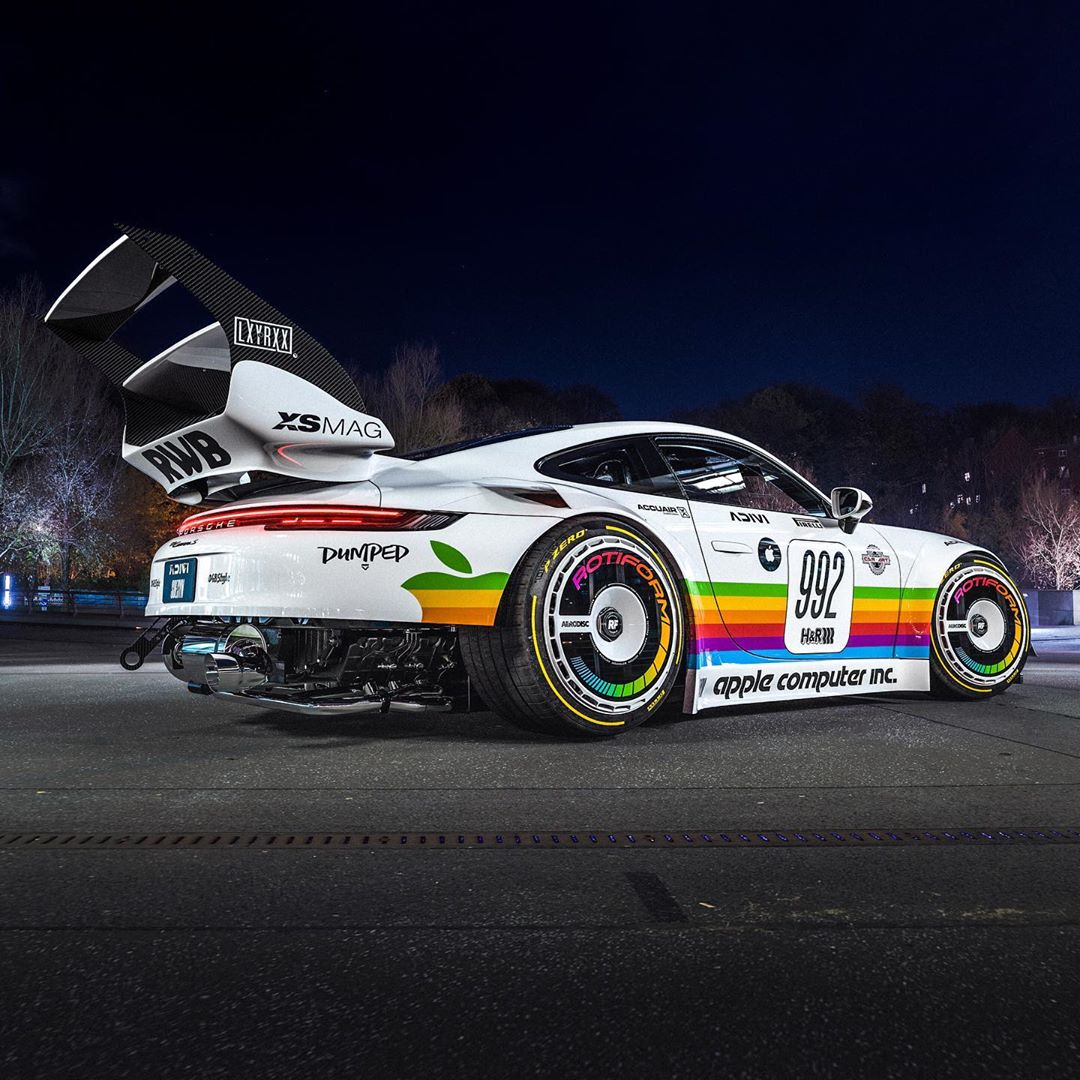 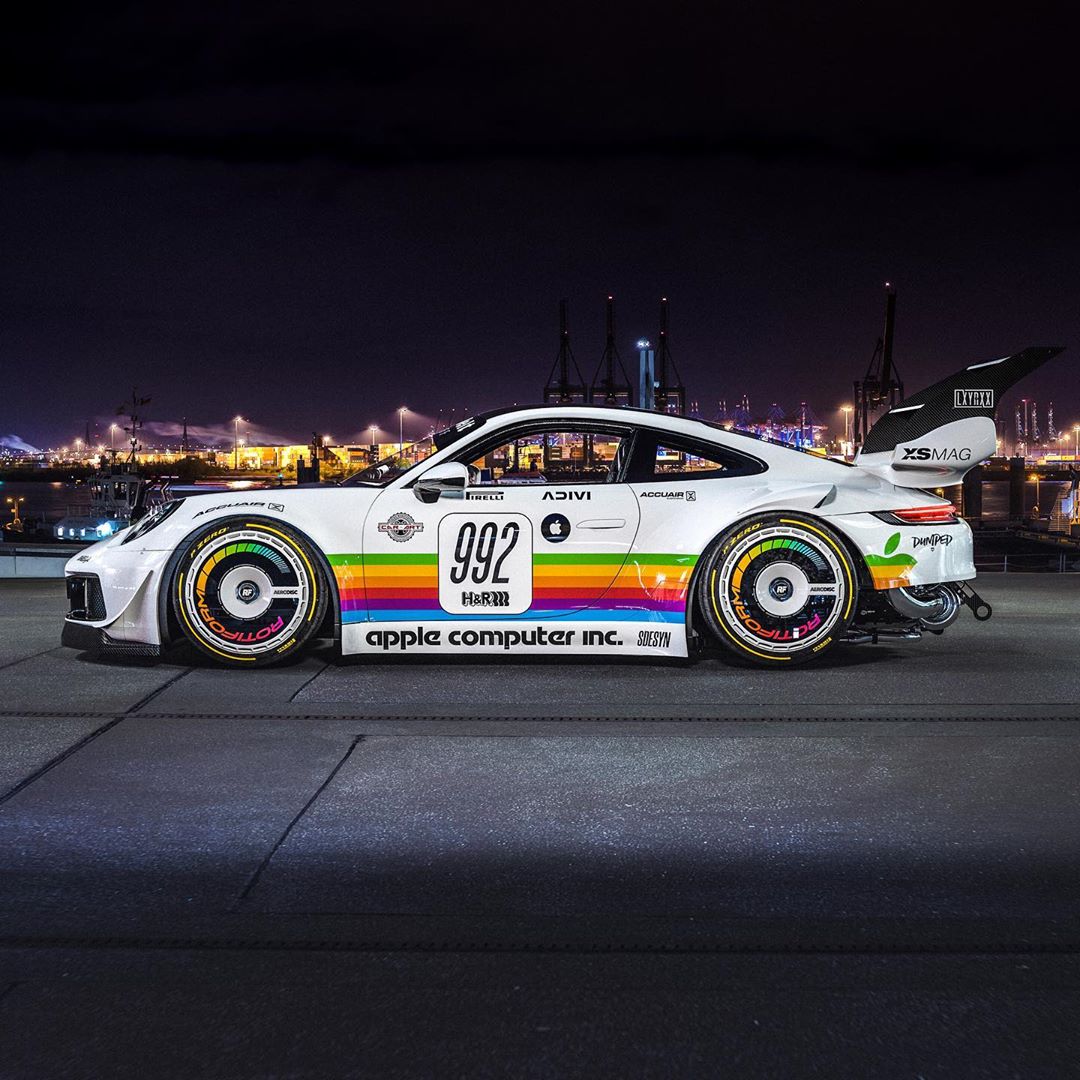 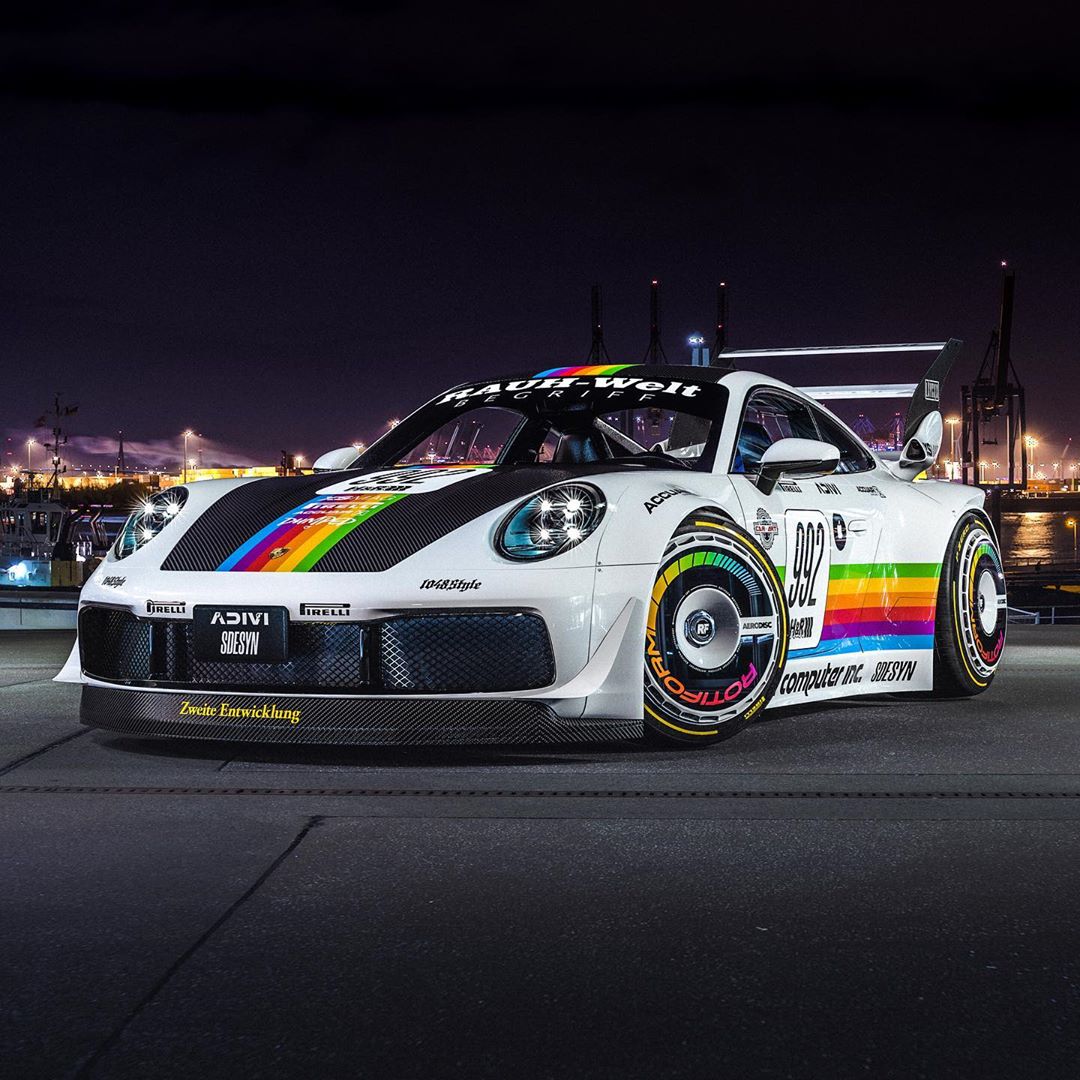 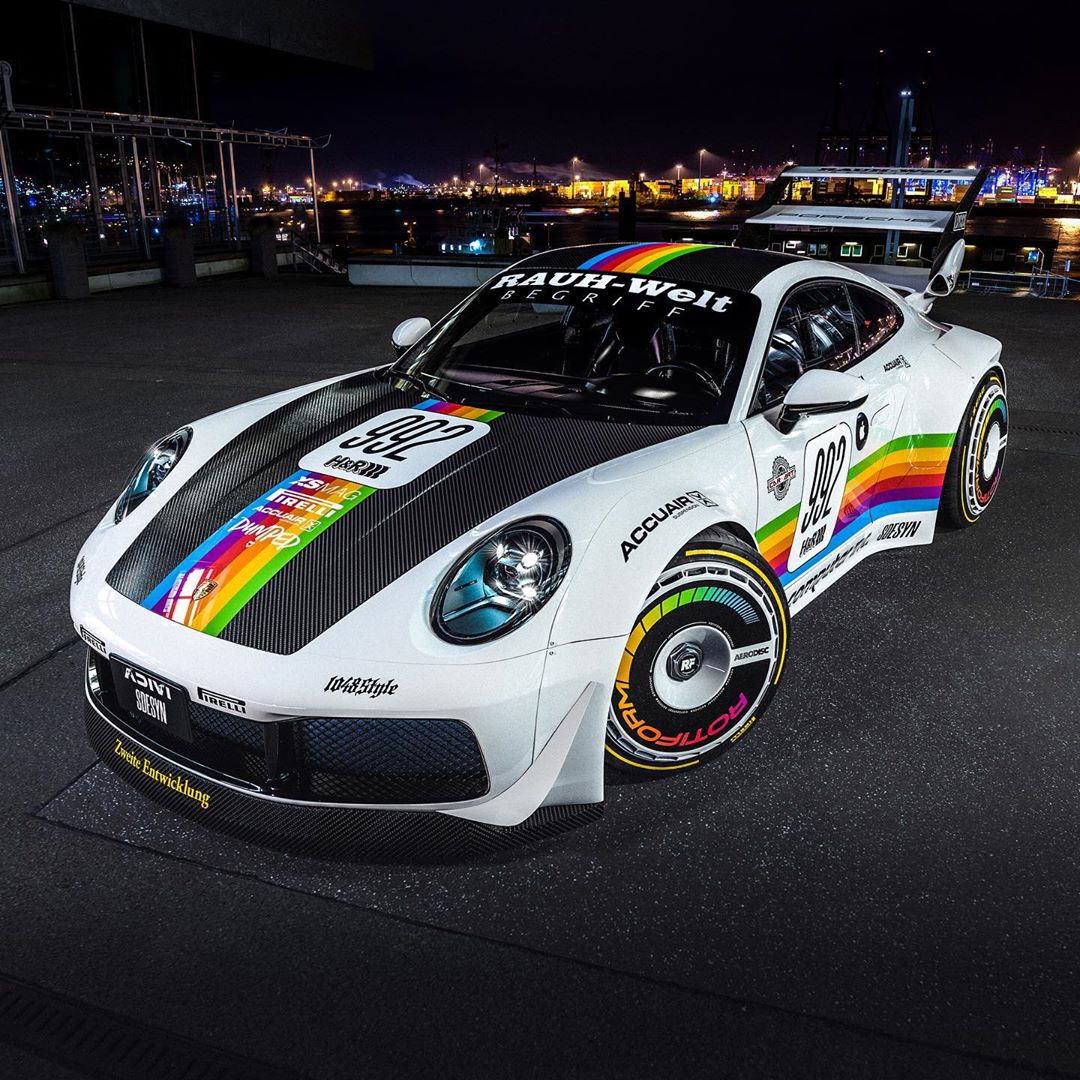 Messrs. @Sdesyn and @Karanadivi jointly created the digital concept of the Porsche 911 Carrera S, which is modified by RWD, or Rauh-Welt Begriff. Of course, there are giant sidewalls and fenders, which further expand the already wide enough Porsche 911 of the latest generation. There is also the legendary exposed exhaust, which Rauh Welt used in the civilian version of the 935. There is also a huge wing, which is a truly majestic symbol of the RWB design, but does not bring much to the heart of the ride. On the other hand, what is beautiful and at the same time practical are the discs from Rotiform Aerodics, which create a perfect impression and, in addition, reduce aerodynamic drag. However, whether their concept is noticed by Akira Nakai himself, who specializes in modifications, especially of older Porsche models, is in the stars. If so, a very valuable car will definitely be created, which many fans of motorsport or Apple would like to have in their collection. 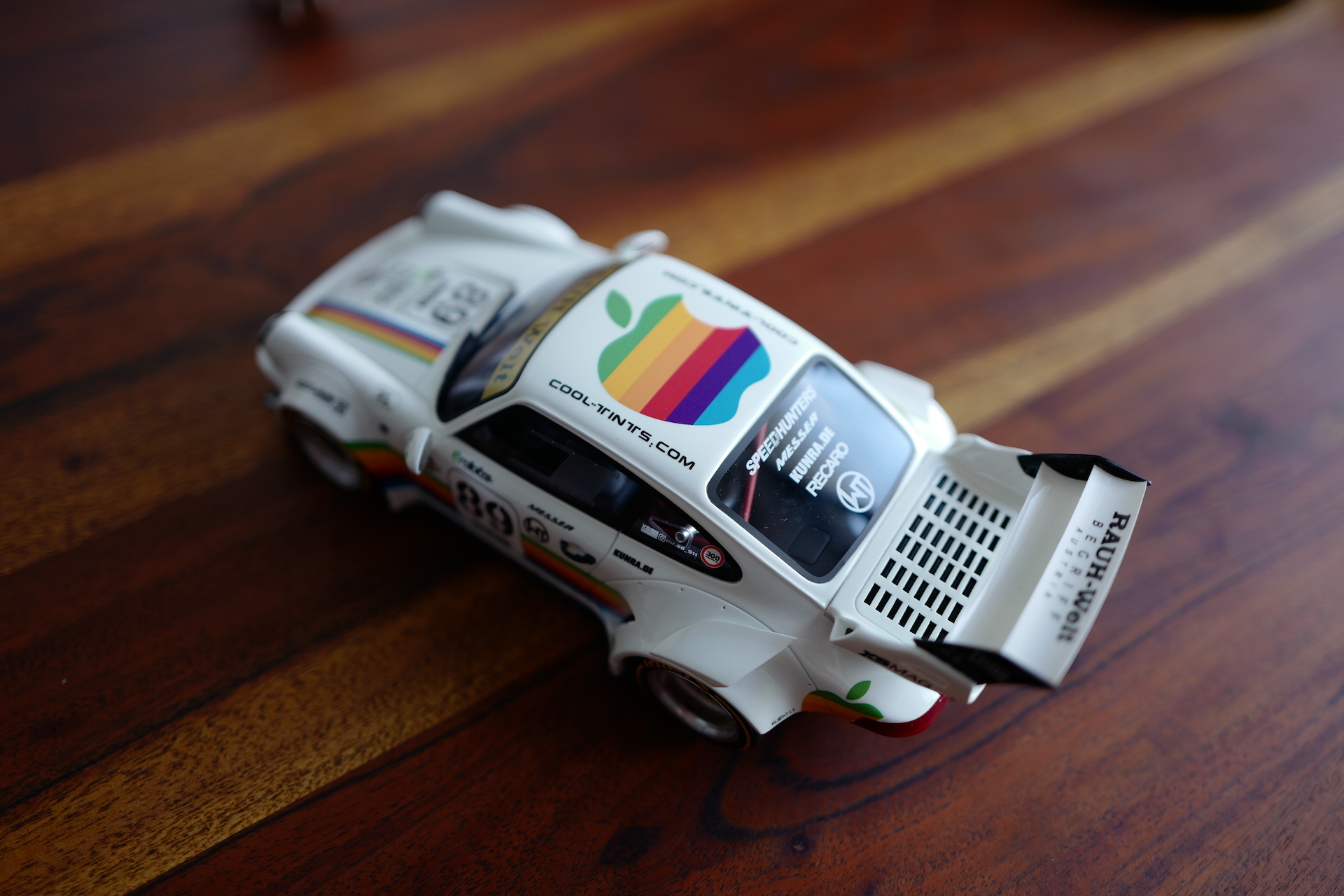 Review of RWB Apple Porsche 1:18 – You should not miss this piece on the shelf

For 8 of you: Triple wireless charger SWISSTEN with 40% discount