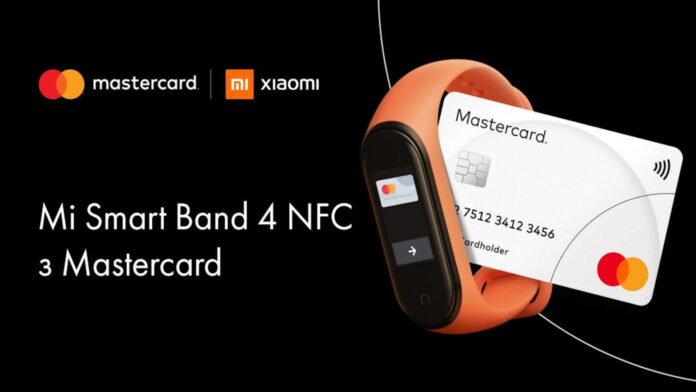 As we explained in our review, the Xiaomi Mi Band 4 is an excellent smartband, one of the best in the wearables sector. The only real sour note in all of this is the absence of NFC connectivity, especially when you consider that this is not a real lack. Yes, because in China the Mi Band 4 is sold with the chipset in question, enabling a whole series of functions, whether they are mobile payments or interfacing with the home automation home. Evidently the company has assessed that it is not worth selling it in Europe in this variant, probably to keep the price as low as possible.

Update 24/09: after Russia, the availability of the Xiaomi Mi Band 4 NFC expands to other European countries. We talk about it in the article.

ALSO READ: The sales of wearables smile at Xiaomi and Huawei, even Huami has its say

Apparently, almost a year after its debut, Xiaomi has changed its mind, expanding the availability of the Xiaomi Mi Band 4 with NFC even outside China. Thanks to a partnership started with Mastercard, the “new” smartband has begun to appear in Europe as well. The slogan “MasterCard on your wrist” emphasizes being able to take advantage of contactless technology directly from the smartband. Just pair your card for payments through the Mi Fit app, without necessarily taking your smartphone out of your pocket. Whether you are at the supermarket checkout or at a restaurant, you approach the POS to make the payment and that’s it.

But don’t get excited: the debut is limited to Russia only, at least for the moment. What is certain is that this is a change to take into consideration, as it could anticipate a change in Xiaomi’s strategies. Although, considering that the launch of the Xiaomi Mi Band 5 shouldn’t be far off, it is plausible that NFC will be introduced with it in the rest of Europe.

Also in collaboration with Mastercard, the Xiaomi Mi Band 4 NFC is now available for purchase also in Ukraine and Belarus. The smartband therefore remains confined to Eastern Europe, in addition to the fact that it can only be used in conjunction with Mastercard cards and supported banks. It is sold for 139 rubles, which is about € 45.

I state that we are not 100% sure, but the Russian site Xiaomi helps us to better understand the situation. First of all, the NFC payment functionality works only with the Russian model of the Xiaomi Mi Band 4, signed as MGW4059RU. All other variants (excluding Chinese, of course) will not be able to use them. Furthermore, it is pointed out that the Region set on the Mi Fit app must be Russia. Last but not least, the most limiting aspect to consider is that it only works with MasterCard cards. If you have a VISA, Maestro or American Express, for example, you won’t be able to use it.

⭐️ Follow and support GizChina on Google News: click on the star to add us to your favorites.

Review of Form Smart Swim: the best gadget for swimmers since the invention of the swimsuit!

How to create your own widget in the iOS 14: 4 app to help you create great widgets for your iPhone desktop

Buy me a drink